Mercury bomb: dangerous for the Arctic the lost German submarine 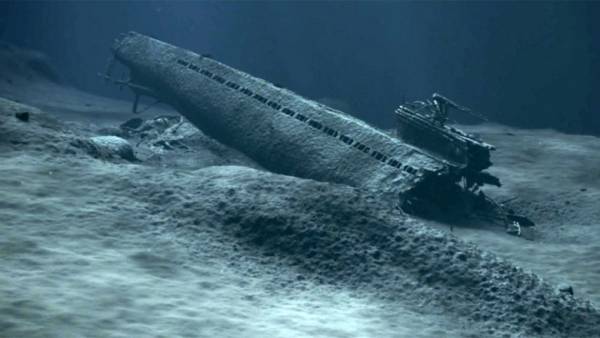 German submarine U 864, flushed off the coast of Norway on 9 February 1945, represents a huge danger to the entire Arctic. About this January 23, said the experts of the center for environmental consulting and monitoring “Pomor” at a press conference in Moscow. According to experts, on Board the boat is 65 tons of mercury and the danger that she will soon fall into the sea. If that happens, then, according to experts, around the North sea basin will be irreparably damaged, and Russian fisheries in the Arctic may be destroyed. “Izvestia” versed with the details of the military way and the death of the submarine.

For the first time about “mercury bomb” in the Norwegian media began in 2003, when the spring of the same year the Norwegian Navy found the Bergen U 864 German submarine during the Second world war.

The submarine lies at the bottom of the island Fedje, at a depth of 150 m. Since its discovery and to this day she occasionally mentioned in the European news and is a matter of serious concern of environmentalists.

Presumably, on Board is a large amount of mercury, and to raise the submarine from the bottom is very difficult due to the fact that it is partially destroyed.

But as it turned out to be mercury?

Submarine of the Third Reich

The Treaty of Versailles banned the defeated Germany to have submarines in the Navy fleet, but even building them for commercial purposes. However, the German Navy was not going to abandon valuable experience in the construction and use of submarines, acquired during the years of the First world war.

In the Netherlands, opened an engineering firm, became a secret design Bureau of the German Navy — reichsmarine. Its purpose was to design and build-to-order submarines for any customer.

One of these boats was E-1, built in Spain. She became a grandmother for large ocean-going submarines IX series, which was part of the Kriegsmarine of the Third Reich.

The pinnacle of “nines” became a submarine type IXD2 intended for operations in the South Atlantic and the Indian ocean. The 90-foot “steel sharks” had the greatest in the German Navy cruising range. At a speed of 10 knots they could pass more than 31,000 nautical miles.

Their armament consisted of six torpedo tubes, 105-mm and 37-mm deck guns and 20-mm anti-aircraft machine guns. On Board the submarine took 24 torpedoes and nearly 400 tonnes of fuel. Their standard crew consisted of 57 officers, petty officers and sailors.

Germany was able to build nearly three dozen of these boats, one of which was U-864. It was founded in Bremen, at the shipyard of the group “Desimal” October 15, 1942. Ten months later, the submarine launched, and on 9 December 1943, U-864 was commissioned Kriegsmarine. Its commander was korvettenkapitan Ralph-Raymar Tungsten.

Until November 1944 the submarine was part of a training flotilla. Then it turned into the 33rd submarine flotilla, whose boats operated on the farthest communications and databases used by the Japanese in occupied Malaysia. They were also known as the band “monsoon”.

A Group Of “Monsoon”

The command of the Kriegsmarine in 1941 were making plans for the use of their submarines in the far East. However, their implementation was postponed due to serious technical and logistic difficulties. In addition, the sending of boats was seen as an unnecessary distraction to the submarine forces from the war in the Atlantic, the purpose of which was to reduce British transport tonnage.

For the first time they came there in the autumn of the same year. Four boats operating in the area between Cape town and Madagascar.

The second batch submarines went to the shores of South-Eastern Africa in the spring of 1943. After the assignment, the submarine went back to Europe. But one of them is U-178 was sent to the Malaysian port of Penang, which, under the agreement with the Japanese, had become a temporary base for the German submarines.

The idea of placing them there was offered to Germany by Japan in 1942. But Grand Admiral Karl Doenitz was in no hurry to agree. Sending boats to the far East has become the actual Doenitz in may 1943, when the crisis of the submarine war in the Atlantic. A month later in the Indian ocean left the first group of submarines for action with Japanese bases. It was called “monsoon”.

In the remainder of the war donitz threw in the Indian ocean, reinforcement of the composition of the 33rd submarine flotilla, which included U 864. In the winter of 1945 it was her turn to gather in a long journey.

In October 1944, at the U 864 set “snorkel” — a device that allows her to go under water on diesels. It is sucked up from the surface air for the operation of the diesel engine and threw back the exhaust gases.