We did not ask

Leading Russian climatologists this week appealed to the President of RAS Alexander Sergeev with the letter (N + 1), from which it became clear that the public position of the Academy on the issue of climate change actually is formed without their participation. This is very curious given the fact that many of the signatories of the letter considered one of the best world experts in their fields and regularly participate in the preparation of international reports. 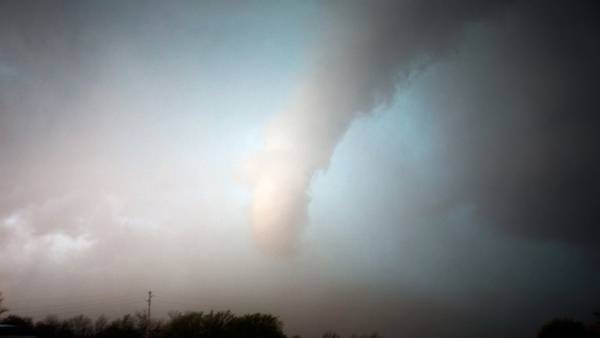 The letter mentioned the statement of the President of Russia at the International forum “Russian energy week”, called a possible cause of global warming that we “apparently” observed “cosmic changes, shifts some, invisible to us, in the galaxy.”

The signatories delicately interested in the role played by RAS in the formation of such a position (if played) and formed an opinion of the Academy.

“None of the signatories of the letter were not in any way involved in it. Dwelling on their scientific merit, we believe that at least some of us deserve to be involved in formulating the position of the RAS on climate change,” reads the letter, which is signed, in particular, the scientific Director of the hydrometeorological center of Russia Roman Vilfand, Director of the Main geophysical Observatory named Voeikov, Institute of global climate and ecology, academician of Israel and of the Institute of geography Russian Academy of Sciences, and Chairman of RAS Scientific Council on theory of climate of Earth and dozens of authors of the assessment reports of the intergovernmental panel on climate change.

In addition, the letter States that on 20 December at the reporting conference on the programme of the Presidium of the Russian Academy of Sciences “climate Change: causes, risks, consequences, problems of adaptation and control,” its signers found that RAS is recommended not to ratify the Paris agreement.

In this Academy of Sciences suddenly broke with one of the main opponents of ratification of the Russian Union of Industrialists and entrepreneurs (RSPP), which, on the contrary, recently notified the Ministry that it has no objection to it.

Among the reasons voiced by the Russian Academy of Sciences, first appeared “considerable uncertainty in assessments of climate change, particularly in relation to the determination of trends and projections of the future state of the climate system” and “lack of consensus in the global and Russian scientific communities about the causes of global warming and ways of dealing with him.” Signers of the letter again delicately interested in who the scientists were involved to achieve such a position of the wounds and why none of them in this work did not participate.

Interestingly, this is not the first case of loud when the Russian Academy of Sciences publicly performs, to put it mildly, strange and contrary to scientific data positions on the issue of climate change. Climate “deniers” in Russia and abroad like to remember how in 2004, the Academy is not recommended to ratify the Kyoto Protocol because he allegedly deprived a scientific substantiation, and the “warming of the climate in Russia is the coldest country in the world has a number of significant positive effects” and the Protocol for the suppression of warming discriminare Russia (?!) as the coldest country.

Alexander, You how the active physics is well-known that the validity of scientific results can only be confirmed by publications in peer-reviewed journals. Analysis of publications in leading Russian professional journals (Reports of Russian Academy of Sciences, Izvestiya Russian Academy of Sciences (series Physics of atmosphere and ocean), Oceanology, Meteorology and hydrology) shows that the Russian scientists for his research as just saying the opposite. The same follows from the analysis of foreign scientific periodicals. On the basis of which then formed a completely opposite position ran?

The authors of the letter consider it appropriate to discuss the mechanism of development of position of Russian Academy of Sciences on climate change. “You decide in what format this should be discussed, for example, in the framework of the RAS Scientific Council on theory of climate. It is important that the result was a working mechanism that will ensure the high scientific level of expertise of the RAS in this region,” the letter reads.

Pests and global warming will cause food crisis in Europe

Its unique approach (no joke — the main climate experts in the country asking who writes the position of the Academy on climate change) ran very different, for example, from the us National Academy of Sciences, which is constantly engaged in a discussion of the problem, publishes reports, holds seminars and all kinds engaged in public discussion. Similarly behaves the British Royal society, which, together with the academies of Sciences of the Commonwealth in 2018, released a joint statement about climate change.