Wednesday, January 23, President of the National Assembly of Venezuela (controlled by opponents of chavistas of the Parliament) Juan Guido declared himself acting President of Venezuela. Mr. Guido urged the country’s armed forces to support him and help hold in Venezuela free elections. 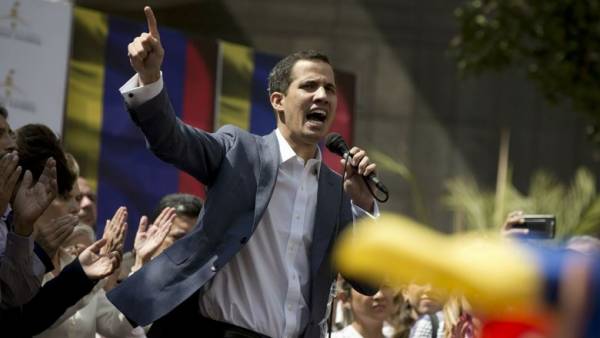 The Supreme court of Venezuela called null and void any decision of the National Assembly and asked the Prosecutor to take action against opposition MPs.

The US President Donald trump called the President of Venezuela Nicolas Maduro “illegitimate” leader, and said that recognize the supremacy of the Huang Guido as a person, “who heads the only body of government elected by the people of Venezuela”.

U.S. Secretary of state Mike Pompeo called on Mr Maduro to resign. “The Venezuelan people have suffered enough under the destructive dictatorship of Nicolas Maduro, the United States together with the international community, including the Organization of American States, Lima Group and the European Union, support the Venezuelan people in their quest to restore their democracy,” said Mr. Pompeo. He added that the U.S. is ready to send humanitarian aid to the Venezuelans, as soon as conditions permit.