Volodin spoke about the imbalance of powers in the Constitution

MOSCOW, 21 Feb — RIA Novosti. The Constitution today is no proper balance of branches of power, said the speaker of the state Duma Vyacheslav Volodin. 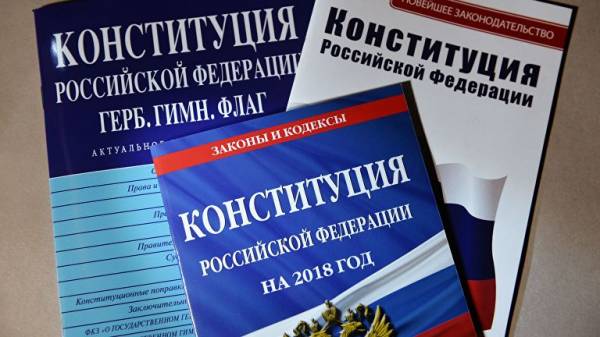 He noted that he sees Parliament as the legislative branch of government to play a key role in the analysis of the effectiveness of the Constitution.

“That is, the Parliament is obliged to implement the request of citizens for the observance and full implementation of their constitutional rights, to ensure representation of the relevant interests of citizens and parliamentary control”, — said Volodin.

According to him, it is necessary to expand the powers of the state Duma on control of human performance. The speaker believes that this will eliminate the shortcomings of the Constitution, which is the bias in favor of the Executive branch.

He stated that his position was echoed by the President of the constitutional court and many other professionals.

Volodin said that “one of the most important constitutional amendments that were adopted over the past years, the norm is the duty of the government to report annually to the deputies on the results of its activities, including “on the issues raised by the State Duma”. He recalled that the relevant amendments were adopted in 2008.