MOSCOW, 21 Feb — RIA Novosti. In Moscow it will become the Foundation for the development of social and cultural relations, “Transnistria”, it will help promote cultural and socio-economic linkages and liaison, said the Russian foreign Ministry. 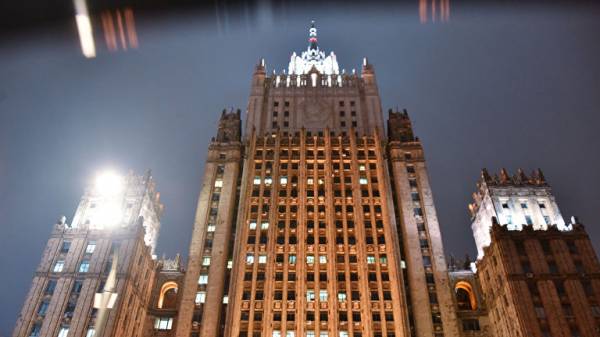 The Russian foreign Ministry confirmed the information about the creation on 22 January in Moscow NGO Foundation for the development of social and cultural relations, “Transnistria”.

“Yes, such public organization recently registered with the Ministry of justice. Similar structures were established in Moscow and earlier,” the Ministry said in response to a media question.

The foreign Ministry said that the object of the organization is to promote socio-cultural, socio-economic relations; maintaining direct contacts in Moscow, the interaction with public organizations, as well as the preservation and development of culture of the peoples of Transnistria and its integration into Russian and world culture, and to this end the organization, publications and exhibitions.

“I would like to emphasize that the opening of the Fund “Transnistria” does not change the fundamental position of the Russian Federation for the Transnistrian settlement process”, — added in Department.

Transnistria, 60% of inhabitants are Russians and Ukrainians sought to secede from Moldova even before the collapse of the USSR, fearing that on the wave of nationalism Moldova will join Romania. In 1992, after a failed attempt of the authorities of Moldova force to solve the problem, Transnistria has become virtually beyond the control of Chisinau’s territory.