Sky: Mae may waive the provisions of the “backstop” in the deal with the EU

According to TV channel, the British Prime Minister thus seeks to enlist the support of the Democratic unionist party and Tory MPs. 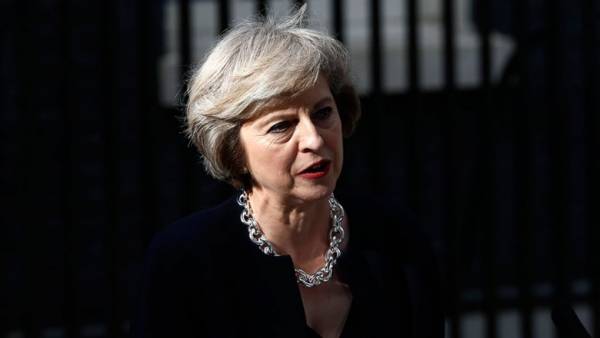 TASS, January 21. The Prime Minister of great Britain Teresa may wants to remove the “backstop” (the regime of stay in Northern Ireland as part of the Customs Union of the EU and the European Single market after the onset of the transition period Brexit) from the agreement with the European Union to enlist the support of allies of the Democratic unionist party (DUP) and Tory MPs. About it reports on Monday, the TV channel Sky News referring to sources in the Cabinet of Ministers on the Sunday of the conference call may with members of the Cabinet.

The Prime Minister has made it clear that “abandons attempts to achieve in Parliament compromise” regarding its deal with Brussels, and instead tries “to eliminate the provision about Irish backstop” in an attempt to attract MPs from the DUP and the ruling Conservative party who oppose its agreement with the EU leadership, the report said.

The “backstop” became one of the main reasons why the British Parliament last week rejected a draft deal with Brussels, the proposed government, headed by may.

Many parliamentarians, including from the ruling Conservative party, believe that this item will put the United Kingdom in dependence on the EU and will not allow the UK really leave the EU. Brussels has repeatedly said it will not agree to a deal with London without the provisions of the regime for Northern Ireland.