Alexis Rodzianko assessed the probability of making a “hell” of U.S. sanctions against Russia

In the US election campaign started, and the theme of Russia has not disappeared. Enter whether against Moscow “hell” sanctions, refuse the Europe from the “Nord stream — 2” and whether to wait for the outcome of our country the American companies, said in an interview “Газете.Ru” the President of the American chamber of Commerce in Russia, Alexis Rodzianko. 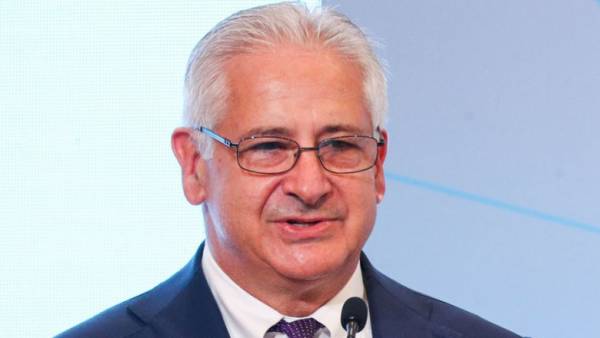 Sanctions can be entered and you can cancel

— A year ago you said that “sanctions — it’s hysterical”. How would you now describe the sanctions applied against Russia, including from the United States?

Now, in this moment, no tantrums. Although this subject is not lost, and she finds new ways of expression. For example, the consideration of a decision of the US Executive on the removal of sanctions against companies En+ and RUSAL in connection with the ownership of these companies Oleg Deripaska. The initiative comes from the Democrats in the Senate continue to be in the minority, but who see this as an opportunity to politically compete with the power of Donald trump.

— How this initiative communicating through Parliament?

— The Republicans have a majority in the Senate, and more than it was last year. And if you look at the state of the debate today, the Republicans agreed to discuss this issue, but took no decision…

— What is your forecast? You know the situation from the inside…

— Arguments from the Executive branch, and convincing. Sanctions are convincing if they are acting in both directions.

If you just add-add-add sanctions without the possibility to remove them, it ceases to operate.

I hope that parliamentarians will support his government and will provide an opportunity to remove these sanctions. Otherwise there will be problems for America’s economy and the economy of Europe.

— How the domestic political agenda in the US is palpable in all of these sanctions exercise? It seems that the electoral campaign, the presidential race in the United States has already started.

The campaign was launched, in fact. It is easy to see.

Already a number of Democrats have announced their desire to run in the primaries. Quite a large list of candidates. And little time left. Therefore, the political component will increase and increase. This is the first.

Second, if in the last two years, the theme of Russia took first place in the news, it seems to me, now the championship is not for the Russian theme.

Now more important issues on the southern border of China, a trade war. About that far more is written than about Russia.

— The Russian authorities claim that Russia has adapted to the sanctions, even in some wins from sanctions. Agree?

— What, no doubt, the sanctions have benefited. Because aggravated or whatever added pressure on decision-making, which could longer be adopted or not would be taken in the absence of sanctions. But on the other hand, the negative effects certainly has. Long-term lack of access to capital markets is a big minus. Create a stigma — it is better in Russia is not go — very much constrains the decisions to invest in the Russian economy. Economic growth in Russia could be higher if not for sanctions. The longer the sanctions continue, the brake acts stronger.