In the 4th guards Kantemirovskaya division formed a battalion of 30 tanks T-34 were transferred to Russia from Laos. This was announced by the division commander Colonel Vladimir Zavadsky, reports RIA Novosti. 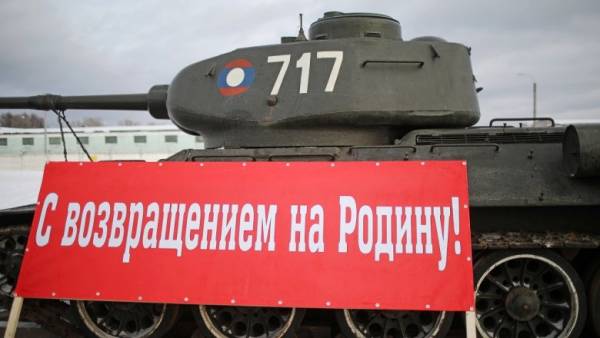 Combined battalion will be based in Naro-Fominsk.

The arrival of the T-34 in the Moscow region became known on January 20. There they were consecrated.

Deputy defense Minister Dmitry Bulgakov, as reported by “Interfax”, said that the tank crews will soon begin preparations for the Victory day Parade on red square. In addition, the vehicles will take part in the historic TV projects and shooting new films about the great Patriotic war.

Laos returned to Russia 30 T-34 in early January. Tanks are fully operational, they were armed with the Lao army.