MOSCOW, 18 Jul — RIA Novosti. The rating of trust of Russians to the Russian President Vladimir Putin last week was equal to 33.4%, follows from the data VTsIOM poll. 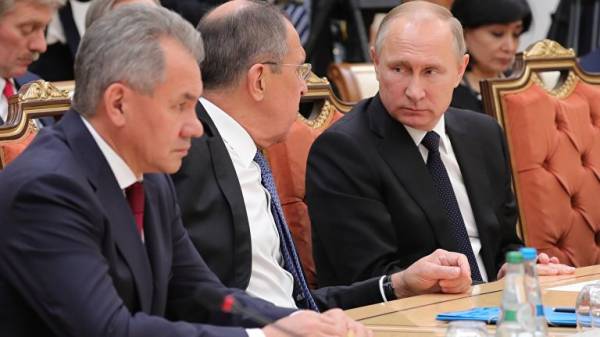 “The rating of trust in politicians continues to be chaired by Vladimir Putin on January 13, 2019 indicator was equal to 33.4%,” — said in the message.

According to the sociologists, the approval rate of the President’s activities on the average on 13 January amounted to 62,1%. Evaluation of the work of the Prime Minister and Cabinet — 35% and 39.5%, respectively.

The initiative Russian opinion “polls-Sputnik” held from 9 to 13 January. The survey polled Russians aged 18 years, was daily interrogated 1,6 thousand respondents. The average value for five days of the survey. Method of research — telephone interview. For a given sample size the maximum error with 95% probability does not exceed 1%.