The foreign Ministry has supported the trend of “10 years ago”, laying out a photo with the “reset”button

MOSCOW, 18 Jul — RIA Novosti. The Ministry of foreign Affairs of the Russian Federation has joined the growing turnover in the social media trend of “10 years ago” (#10yearschallenge) and placed in your account in Instagram a photo of the meeting of the Minister of foreign Affairs of Russia Sergey Lavrov and then-Secretary of state Hillary Clinton in Geneva with the famous “reset button”. 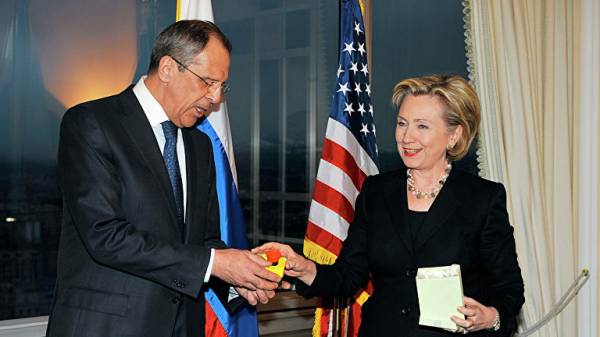 In the accompanying photo of the signature indicated that in 2009, at a meeting in Geneva, Clinton presented Lavrov with a “reset button” in Russian-American relations. “On the button it was written in English “reset” (restart), and in Russian-“overload””, — stated in the message under the photo.

“Clinton asked Mr. Lavrov, the true Russian translation from English. Having heard from the Russian Minister that in Russian, the inscription means “overload”, she was very upset and said that he had asked to recheck, but I knew that they will mess it up. Who exactly messed up — she didn’t specify”, — says the foreign Ministry.