Russia will study proposals of Germany in the Kerch Strait

MOSCOW, January 18. /TASS/ — Russian foreign Minister Sergei Lavrov said that Moscow sees no possibility for Kiev to participate in any of the formats through the Strait. 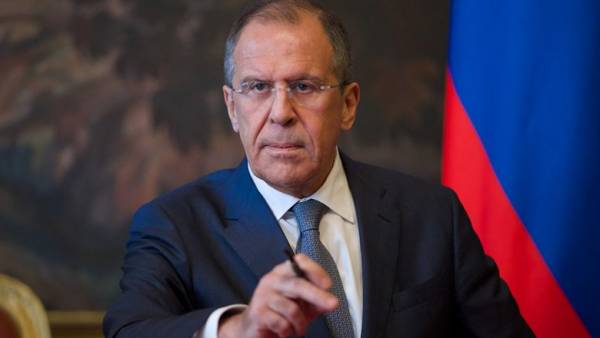 Russia has received from the foreign Minister of Germany Heiko Maas document with proposals for the Kerch Strait and intends to explore them. This was stated Friday by the Minister of foreign Affairs of Russia Sergey Lavrov at press conference following talks with his German counterpart.

We just received this document, I saw it for the first time in the negotiations. I will not go into the details, we need it [the document] to study.

The head of the Russian foreign Ministry said that Russia does not consider the possible participation of Ukraine in any of the formats on the Kerch Strait.

“German Chancellor Angela Merkel asked Russian President Vladimir Putin to allow the German and French people to come to the area of the Kerch Strait and to see how the passage through this area, Putin agreed”, — Lavrov reminded.

“It’s been a month, but none has yet arrived, and today Mr. Maas gave me an offer that wraps a trip to a document, and he, in turn, must be agreed with Ukraine. We believe that if the idea is that you need to put this entire situation into a political procedure in which the Ukrainian side will make the decisions, we risk to be in the same situation, what was the “Normandy format”.