Asteroid Apophis can collide with Earth. If this happens, then after 49 years

The consequences of a collision can be a powerful explosion or a tsunami. 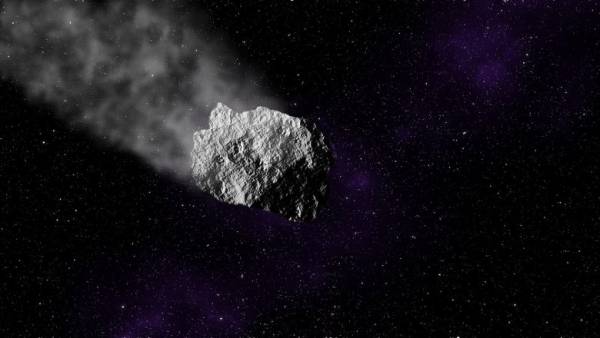 “Apocalyptic” asteroid Apophis, which scientists from NASA discovered in 2004, could fall to Earth in 2068. And in 2029 the asteroid Apophis will pass ten times closer to the planet than the distance from the earth to the moon (38 thousand 384 thousand kilometers). To such conclusion scientists of the Department of celestial mechanics, St. Petersburg state University in the report for the Moscow readings on cosmonautics, which will be held in late January.

“A unique feature of this asteroid is accurately set close approach with Earth on April 13 2029 at a distance of 38 thousand kilometers (the Moon removed from the Earth is 384 thousand kilometers). This convergence causes large scattering of possible trajectories, among them there is a trajectory, containing the convergence 2051 year” — excerpt from the report “RIA Novosti”.

The asteroid Apophis was discovered in 2004. Its size is 325 meters. His name he received in honor of the ancient Egyptian God of evil and destruction Apophis — the snake who lives in the underworld and tries to destroy the Sun. Opening Apiece caused a strong reaction, because, according to the calculations of those years, the asteroid were to collide with Earth in 2029. Later, the possibility of collision in 2029 was eliminated.