Next weekend will be a total Eclipse of the moon. 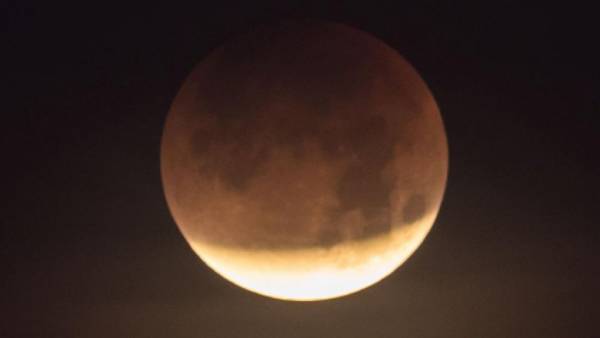 In the night from 20 to 21 January 2019 there will be a full lunar Eclipse — total lunar eclipse, as it is called in NASA, which warned ahead of time about the impending astronomical phenomenon. In itself it is not so rare. But the future will go beyond the ordinary. Because it will be part of the so-called SUPERLINE. That is, a full Moon that everything else is also very close to the Ground.

The moon’s orbit is slightly extended. Resembles an ellipse. Therefore, our natural satellite that is approaching us, when they are in perigee, that is removed in the climax. The difference can be almost 50 thousand kilometers.

Close the Orb of night, which at first will look like a huge white lamp is 14 percent more than usual, and a third brighter, will first enter the penumbra (penumbra), and then into the shadow (umbra) of the Earth. Some time the Moon will be lit only in sunlight, which has passed through the atmosphere of our planet. The atmosphere absorbs short wavelength violet and blue part of the spectrum, leaving only the red. Red rays and will make the disc of the moon “bloody”. The spectacle is expected to mystical. Unless, of course, will not prevent the cloudy.

In all its glory total Eclipse of the bloody supermoon will be visible in North and South America, in Greenland, in the UK, in Northern Europe. In Russia — in the West, the far East and far North.

According to the forecast of the astronomers, for Muscovites Eclipse — partial phase polutanata (partial eclipse) will begin at 6 o’clock 34 minutes Moscow time (UT + 3). The moon this time should be sought in the Western part of the sky. It will hang about 16 degrees above the horizon.

7: 41 a.m. (GMT) the Moon will move to the North-West, down to the level of 7 degrees above the horizon. This time she falls and the Earth’s shadow (umbra).