Stuff the price: waiting for Madonna on “Eurovision”

The organizers of the International song contest “Eurovision-2019”, which will be held in tel Aviv, and reached agreement on the participation of American singer Madonna as a guest star. She has already given its agreement in principle, however, the representatives of the parties continue to discuss the question of the fee of the artist. 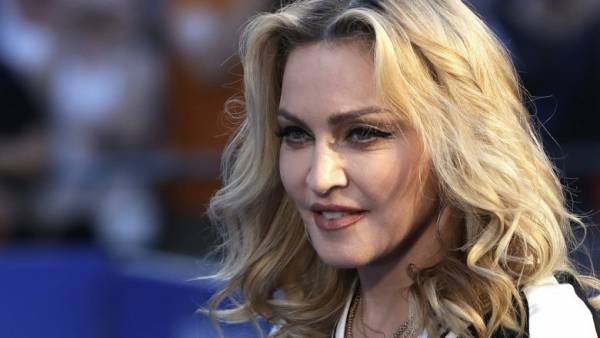 In case of successful completion, Madonna will take part in the competition as a guest star. In accordance with the rules of the contest in 2015 in the final of “Eurovision” are not only members of their best songs, but also international star, which could be a new hit as the headliner.

It is reported that during the talks with Madonna to the contest organizers managed to get an agreement in principle to participate, but details of the negotiations are unknown.

In particular, it is stated that the parties were unable at the moment to agree to a financial question. The ongoing negotiations on the fee, which will be given to the actress for her performance.

In most of the Israeli national broadcasting Corporation stressed that the work on the artistic program of “Eurovision” is in the preparatory stage. The organizers noted that the list of stars to be invited to participate in the show, also not ready.

“Currently, we are developing an art program for “Eurovision-2019″. Over time, we will publish the list of artists who will participate in it”, — said the organizers of the competition.

In 2016 on the Eurovision stage in Stockholm as the guest stars came American singer Justin Timberlake, who introduced his song “Can’t stop the feeling”, included in the soundtrack to the animated film “Trolls”. The following year, when the contest moved to Kiev, the headliner was the winner of “Eurovision-2004” Ruslana, who sang a new song “It’s Magical”.