Stay for five in 35 million roubles

That could go into the most expensive tour in Russia. 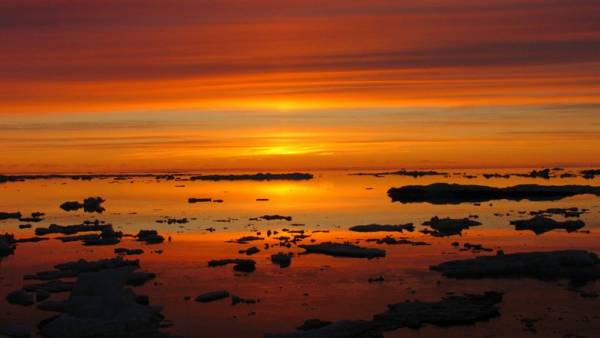 35 million rubles for the trip to Russia: Association of tour operators told about the most expensive round last year. However, he disclosed only the price. It is unknown who was resting where and how long was the journey. “Kommersant FM” spoke with market participants and found that could cost that kind of money. With details — Ivan Yakunin.

Imagine a Chalet in the European style in the heart of Krasnaya Polyana: a huge area, a private swimming pool, a pond, a hammock, views of snow capped mountains and a Butler who will fulfill any whim. Presented? So you can live there year for the money laid out for their trip, an unnamed family of five. RUB 35 million can be spent more creatively, said the Manager of Universal Travel Anna Dashevskaya and warned that they will have to fork out for the accompanying:

Fishing in some unusual places where it is necessary to fly by helicopter. It is some Siberian rivers, there is usually found: nelma, muksun. My client went fishing, it was, in my opinion, Evenkiya, respectively, he had two attendants: one to the musher who helped to fish, and met when he flew, and carried him on a dogsled team, and the second was the translator for this musher.

All interlocutors “Kommersant FM” in the tourism industry believe that 35 million could cost only trip to remote corners of the country. Still, after a private transfer can take half of the budget. For example, to lake Baikal goes special luxury Swiss train together with the passengers is a whole orchestra. On Kamchatka, can not do without a helicopter: hour rental of the Mi-8 costs about 250 thousand rubles. a Little more will have to pay for the private plane, though, it all depends on his class. If a rich tourist goes to the sea, to rent a 40-foot yacht for a week costs more than a million. But if all that got boring, then CEO of travel company “Dolphin” Sergey Romashkin proposes to take the nuclear-powered icebreaker for RUB 2 million for 12 days: “All-inclusive, the cabins are quite modest. They come from Murmansk, going partly along the Northern sea route. Basically this ice field, the observation of the fauna of the Arctic, sometimes the Northern lights. On the 12th day they reach the pole, landed, walking around a symbolic flag, lead dances, drink champagne and rockets”.

In ATOR said that the cost of the tour included some of the VIP services. What is unknown.

It could be even rent a submarine in St.-Petersburg there is a service which for an hour gives you a ride on the mini car in the shark, commissioned by the Arab Sheik. 300 HP, 200 km/h, immersed to a depth of 3 m and jumps out of the water at 6 m. the Price of such entertainment is not specified. You can be not only under water but in the sky, where a special team will feel in zero gravity, Director for inbound tourism holding company KMP Group, Alexander Makarovski: “You experience the state of weightlessness with a special aircraft-type aircraft. It costs approximately $30 thousand per hour, if one or two people, and they are there. It’s too bad, it is unlikely that people a lot of time there will be. In other places it is impossible, but in Russia it is theoretically possible.”

Most market participants were surprised that the family chose to stay is Russia. With this budget it was possible for five of eight months to live in a private Villa in the Maldives.

But, maybe it’s not about the money. After all, there are those who are in the service are forbidden to leave the country. Or wealthy tourist could be under house arrest.

Second place in the ranking of the most expensive tours sold in 2018 in Russia, took the trip to Turkey. For accommodation and meals in a five star hotel Antalya family of three paid nearly RUB 10 million Flights were not included in the price. How long it lasted, the journey, is also unknown.