Gref said the only way to fight corruption in Russia

MOSCOW, 16 Jan — RIA Novosti. Digitalisation is the only way of combating corruption in Russia, the establishment of a public digital platform, where the market will be able to obtain information on the activities of officials, will lead to the disappearance of corruption as a phenomenon, said the head of Sberbank German Gref. 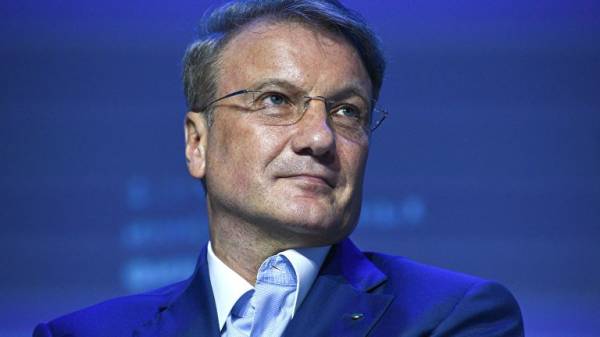 “Of course, if you will create a public platform, few places remain for corruption. …If there is a transparent process operation, the position in the figure, and with market access to this information, and when every decision any government official can be analyzed by the expert community, and assessment of this decision, corruption will disappear as a phenomenon,” he said during the Gaidar forum.

I have no other way of dealing with corruption do not see, except as digitalization.Herman Greglow Sberbank

Gref also said that the Ministry will try to build their own closed system.

“As soon as there are some experts — doctors, banks — they try their glade hill a large number of barriers that other as little as possible in there. The economy is a well — known factor is the factor of expert barriers to entry. The Ministry will fight for it just the same. They will justify it by state security, state interests and the capacity of the state to conduct its independent policy. They will struggle to get money and to build a closed system in which no one will start”, — he said.

“It is therefore important that the people who will be responsible for this function — in particular, Maksim (Deputy Prime Minister Maxim Akimov — ed.) — he had a sufficient amount of power and absolute support of the President and Prime Minister of the country, and financial leverage in the financing of the ministries and defining their policies create these expert barriers”, — said Gref.