The organization lamented the diminished possibilities of associations of national minorities to receive funding from abroad. 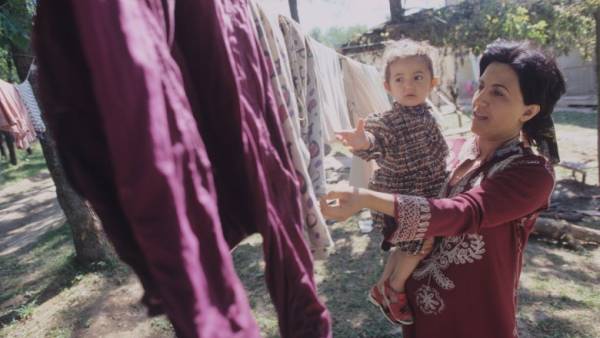 Policy of the Russian authorities in the field of education and legislation, in particular, toughening of the laws on foreign agents and extremism, not allow national minorities in Russia to fully enjoy their rights. This is stated in the report of the Advisory Committee on the framework Convention for the protection of national minorities. The document also contains recommendations on measures to support them. Annexed to the report of the review of the Russian side refers to an incorrect interpretation of official data.

“The official rhetoric that represents the multicultural society failed, the marginalization of national minorities against the background of growing attention to the Russian language and culture, the decline of education in minority languages, as well as the General restrictions on fundamental freedoms undermine the opportunities of persons belonging to national minorities to fully enjoy their rights”, — quotes from the report “Interfax”.

Experts of the Council of Europe concerned about the fact that the media of national minorities and their enterprises exist in conditions of limited freedom of speech. The document notes that after the tightening of the laws on foreign agents and extremism on national minorities, increased administrative burden due to difficulties with obtaining financing from abroad.

The report’s authors also claim that the organizations of national minorities under pressure in order to restrict their ability to “narrow cultural and social activities”.

At the same time, the Council of Europe has noted efforts of the Russian authorities measures to strengthen the rights of national minorities, considering them insufficient. The document contains recommendations to the Russian authorities to take measures to remedy the situation. In particular, it is proposed to create the conditions so that indigenous peoples could not only preserve their culture but also to develop it. In addition, I believe in the organization, minorities should actively participate in issues that affect them, including on the use of subsoil, land and resources.

The document also recommended to change the current legislation regarding non-governmental public organizations and national-cultural autonomies in such a way that it allowed national minorities and persons belonging to them, fully enjoy the right to freedom of Association. Russia must take “a long-term strategy in the teaching of minority languages from kindergarten to higher education,” the authors report.

The press service of the Council of Europe contributed to the report comments of the Russian side. They say that the document was carefully studied and expressed regret that the findings made on the basis of information provided by private sources and “based on personal judgment and prejudice.”