Erdogan approved the withdrawal of American troops from Syria

Turkish President Recep Tayyip Erdogan considers proper withdrawal of American troops from Syria, as Washington has no serious interest in ending the conflict. 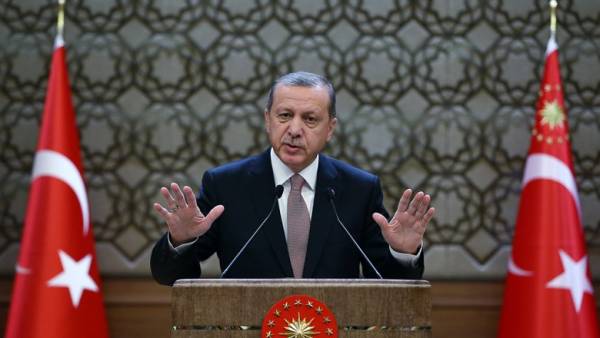 “The US withdrawal from Syria is a step in the right direction, because the Syrian crisis can only be resolved by those countries in which the healing of wounds Syria will benefit, and their groove — harm”, — the politician wrote in the column “b”. In his opinion, the decision on the withdrawal of troops was supposed to help end the Syrian crisis.

Mr. Erdogan added that opponents of the withdrawal were trying to exert pressure on US President Donald trump, stating that after the departure of the Americans, “Turkey will destroy the Kurds”. Such claims he said “bezosnovnymi”, but he stressed that Ankara will not allow “the existence of any elements that pose a threat to national security.”

the US wants to leave weapons to the Syrian Kurds

The Turkish President said that Ankara is “committed to a political settlement which will preserve the territorial integrity of neighbouring countries”. “To achieve these goals, Turkey and the Russian Federation should continue to cooperate and coordinate its actions,” he wrote.

19 December 2018 Mr trump announced his decision to withdraw American troops from Syria. At the end of last week the United States sent to Syria army and a group of Navy ships to help bring military.