MOSCOW, January 12 — RIA Novosti. The condition of the child, evacuated from Magnitogorsk to Moscow after the collapse in residential building is slowly improving — your baby’s leg will be saved, reported the press service of the Ministry of health of Russia. 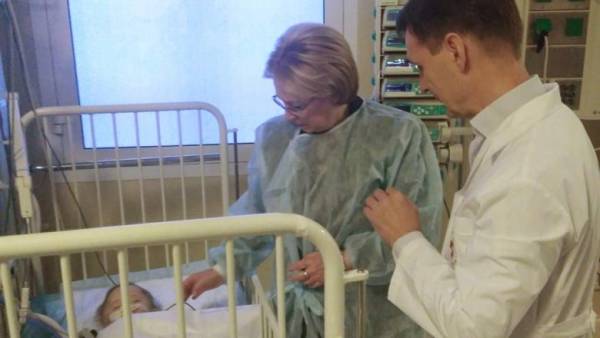 The plane was found after a gas explosion and the collapse of the entrance of the house in Magnitogorsk boy arrived in Moscow on Tuesday evening. Child trapped under the rubble, saved by the fact that he was in the crib and heat wrapped. According to Ministry of health, infant in critical condition was taken to hospital, he has serious frostbite, and also closed cranial-a brain trauma.

“Doctors of the Moscow Institute of emergency pediatric surgery and traumatology continue to closely monitor the ten-Vani Fokine. Over the past week it has been stable, with visible improvements. You can say that the baby’s leg is now out of threat”, — stated in the message.

After returning to consciousness, the baby is gradually moving to independent feeding, and also takes emotional activity, communicates with her mother, said the press service.

Monday, December 31, in Magnitogorsk as a result of domestic gas explosion collapsed one of the entrances of ten-storied house. On Thursday, the MOE has completed a rescue operation from-under blockages were retrieved the bodies of 39 people.