Forester of the Ministry of defense took bribes in debt

Identified the scheme according to which land the military Department was at the disposal of businessmen. 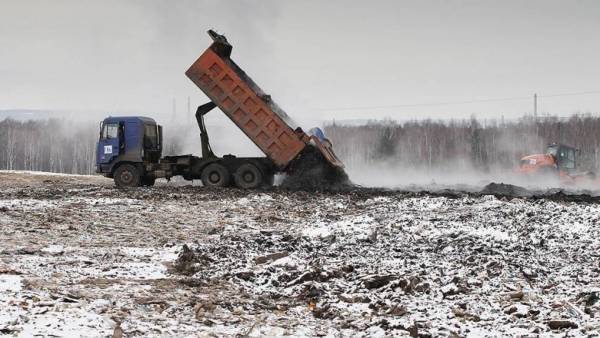 As it became known “Kommersant”, the Main military investigation Department of the investigative Committee of Russia (GVSU TFR) is investigating a criminal case against Ilya Tarasevich — chief specialist-expert of the Secretariat of Vice-Minister of defense of Russia. As a leading engineer FGKU “the Administration of forestry and environmental Sciences” (Whip) of the Ministry of defense, Mr. Tarasevich, according to the investigation, organized subdivision of the military Department who used them to landfills, logging and construction of cottage settlements. The accused Tarasevich States that he took no bribes, and money.

Initially defendants in the criminal case initiated GVSU TFR under part 3 of article 285 and part 4 of article 159 of the criminal code (abuse of office and fraud in especially large size), was unidentified officials FGKU whip and the leaders of the three OOO — Lipetsk Forest industrial company (TIC), “DSMU-Center” capital “Aconite”. According to some reports, from the last military investigators learned that the merchants got in exchange for bribes of large tracts of land in Noginsk district of Moscow region and in Nizhny Novgorod and Chelyabinsk regions, which are used for waste dumps, construction and procurement of the forest growing on them.

Money through intermediaries Belousov, Nosova, Solov’eva and Semenov video from 2015 to 2017 passed in Moscow and Vladimir leading engineer whip FGKU the Ministry of defence of Russia Ilya Tarasevich. Note that in the conduct of FGKU, which has 39 branches in 62 constituent entities of the Russian Federation, there are nearly 5 million hectares of land in places of deployment of the armed forces. For the branches in FGKU Whip just answered Mr. Tarasevich, who, according to the investigation, businessmen in total gave 7.6 million RUB.

Reviewing the evidence, investigators summoned Ilya Tarasevich, who has already moved on from FGKU Whip the Central apparatus of the Ministry of defense, and charged him with accepting bribes in especially large amount (part 6, item 290 of the criminal code). Investigation at the request of the Khamovnichesky district court of Moscow concluded Mr. Tarasevich into custody. And in the course of the trial his defense and the official did not deny receiving money from businessmen. However, argued that about 8 million rubles was received in the duty to settle in the capital. The court in this release do not believe, concluded Mr. Tarasevich in jail.

Note that the 35-year-old Ilya Tarasevich most of his life in his native Lipetsk. It was there in 2000, he graduated with honors from high school. After the service in the internal troops of the Ministry of internal Affairs, for which he was awarded the medal “For difference in service” first degree, he studied at the local University, receiving education in the specialty “engineer-Builder”. In 2012, Mr. Tarasevich registered in the hometown of three very diverse, OOO — “Innovative construction technology” medical clinic “family health” and “Lipetsk funeral services” (all eliminated in the 2014 and 2016). At the same time he announced his candidacy for the presidency of Lipetsk municipal district. However, in this position, as before deputies city and regional councils, he was not elected.

Abrupt changes in the life of a Lipetsk businessman and failed politician occurred in 2015, when he moved to Moscow, sitting in Whip FGKU the Ministry of defence. The investigators GVSU TFR, for three years Mr. Tarasevich actively collaborated not only with fellow countrymen from Lipetsk — one of the givers in the case is OOO “Forest manufacturing company”, engaged in logging and received from FGKU Whip in 2016, the order for collecting firewood almost 90 million rubles. However, less than six months later, the contract was terminated at the initiative of the customer because the LPK was in the list of unfair suppliers.

Other partners of Mr. Tarasevich calls the investigation a little-known suburban OOO “DSMU-Center”, which took land for the construction of commercial housing, and quite large, OOO “Akonit” involved in recycling industrial waste. On the website among its partners are Gazprom, Rosneft, Rosatom, LUKOIL. In “Aconite”, “b” to comment on the situation with the criminal case did not. No one was willing to talk about Ilya Tarasevich and FGKU Whip. After some discussion, the staff of the institution where the position of the chief is now vacant, said “Kommersant” that tell them simply nothing. Not available for was for journalists and the defenders of the accused Tarasevich.

Meanwhile, GVSU SKR do not exclude that the lands of the Ministry of defense at the disposal of commercial structures not only because of Ilya Tarasevich, but other employees FGKU, in respect of which it is now carrying out inspections. Thus, it is possible that in case there will be new episodes of corruption. A similar event leads to the Central apparatus of the defense Ministry, to which the investigators claim is.