Russian mayor went to work by public transport and was late

The mayor of Saratov Mikhail Isaev decided to get to the administration building by bus after his conversion to the inhabitants of the city with a request to transfer to public transport. On Wednesday, January 9, writes “Version-Saratov”. 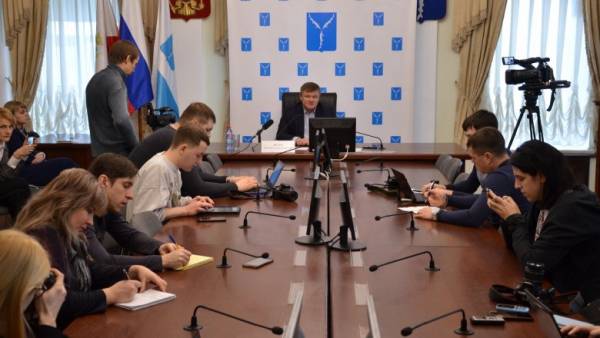 The mayor was a few minutes late for a meeting with journalists. According to him, it took 2 hours and 15 minutes. “On the bus with me was the head of the Factory area Sergey Chervyakov], my Deputy on municipal economy Maxim Sidenko. The three of us sat down to six at the final stop in the Komsomol village at 7:15 and 9:30 came the Indoor market,” he said.

Roads fit into the rotation

The mayor added that on motion made remarks to the head of the district on the status of stops, visits with courtyards and traffic lights and will take appropriate action to officials.

8 Jan Isaev appealed to the citizens with a request to leave private cars and use public transport because of difficulties with snow removal. For December in Saratov had a three-month norm of precipitation.

In December, the Governor of Ulyanovsk region Sergey Morozov has charged the officials for a week to abandon official vehicles. “So they could make sure there is good public transport. So they walked around the city and figured out how we are clearing the sidewalks and roads,” he wrote on Twitter.