MOSCOW, January 10. /TASS/. The national Directorate of the USA on Aeronautics and space research (NASA) will continue to carry its astronauts to the International space station (ISS) on Russian Soyuz spacecraft obtained the corresponding application. 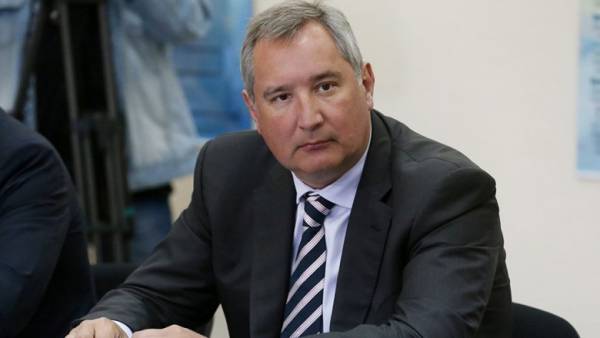 This was reported in an interview with RBC General Director of the Russian space Agency, Dmitry Rogozin.

In his words, “statements, including Americans, that they will fly their ships, too, was somewhat hasty”. “Now we have from the American partners of an application for the continuation of the flight and its astronauts our ships. This, too, we will pay dividends,” — said Rogozin, speaking about commercial projects of Roskosmos.

Earlier, the Deputy head of NASA, William Gerstenmaier stated that the Agency does not plan to renew the contract with Roscosmos for delivery of astronauts to the ISS after 2018.

He also noted that the U.S. manned spacecraft, which NASA plans to deliver its astronauts to the ISS, will be prepared as scheduled.

Rogozin also said that Roscosmos plans to organize tourist flights on Soyuz and collaborates with partners such as the United Arab Emirates (UAE). Speaking about the possible profit from these programs and the delivery of astronauts to the ISS, Rogozin said that “hundreds of millions of dollars a year.”

The head of Roscosmos said that space tourism may not be associated with the ISS.

“For example, the orbital flight of Yuri Gagarin — a good topic for tourists. We have already started negotiations with potential partners who are interested in this opportunity,” — said Rogozin.

He made it clear that such space flights could begin after 2020. “I think after 2020, when we transplant the “Soyuz MS” on the rocket “Soyuz-2.1 a”, we can increase the number of these ships. Some of them will bring us a direct commercial profit”, — said the head of Roscosmos.