The engineer revealed the shortcomings of the “Avant-garde”

Planning a cruise warhead missiles “avant-garde” has a higher miss chance than other missiles. This was told by the flight engineer and mark Solonin in an interview with “Novaya Gazeta”. 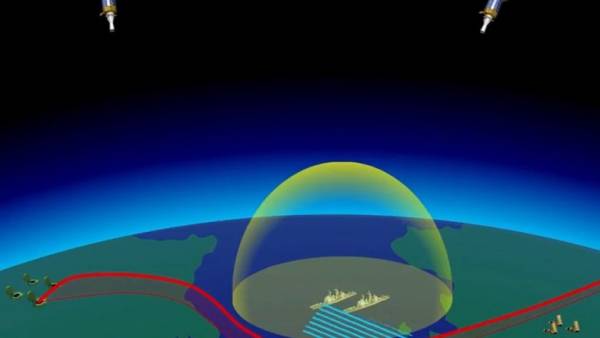 As Solonin said, about the concept of missiles with gliding warheads was thinking during the Second world war. However, the idea is not implemented, as controlled warhead in the missile greatly increases the probability of misses that cannot be predicted. Therefore, in his opinion, to modern missiles, the high demands on accuracy.

“Some military sense is one thing: to deliver surgical strike and knock out the key points (…) And this requires a sufficiently high accuracy of the lesion. Planning and maneuvering head part in this at least creates a huge problem,” explained the engineer.

In addition, according to the Corned beef, at a rate of 27 Mach, the missile will be surrounded by heated to hundreds of degrees ionized air. Onboard radars of the missile through it to find nothing, but itself it is very clearly seen in particular in radar and thermal ranges. “That is the question of the real combat effectiveness of these weapons is very controversial”, he concluded.

Last test launch of a missile complex with a hypersonic glide winged warheads, Avangard was held on 26 December by order of the President of Russia Vladimir Putin. During testing, the warhead of the missile picked up speed about 27 Mach (speed of sound). According to Vice Prime Minister Yuri Borisov, “at these speeds no AMM it cannot capture”.