Prior to that, such ability was observed only in humans. 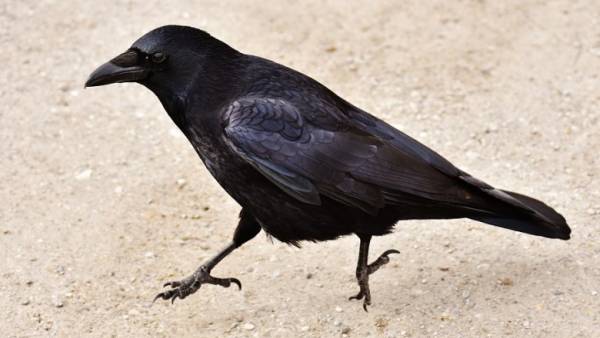 New Caledonian crows, famous for their intelligence, can roughly estimate the mass of the object without contacting him directly, but watching the way he moves in the air flow. A study published in the journal Proceedings of the Royal Society B.

New Caledonian crows (Corvus moneduloides) can not only use but also make tools: when foraging in nature, these birds make the hooks and spines of the plant material, which pulls out from under the bark the larvae. Made guns, they sometimes take with them, using them in the future.

In addition, the ravens discovered the ability on memory to recreate the tools that they have seen before — so they can transfer their skills to other individuals.

In another experiment with ravens group Rachel Miller (Rachael Miller) from the University of Cambridge decided to find out whether birds, like humans, to assess the relative mass of the object only in the way he moves in the air flow. Previous experiments with chimpanzees have shown that monkeys can sort items by weight, but is not able to assume it on the basis of mere observations. For example, chimpanzees are unable to choose a light box, just looking at how much effort the person is required to move boxes.

To test the ability of birds, Miller and her colleagues caught 12 wild ravens in the spring and summer of 2016 and 2017 and divided them into two groups. One group could get a meat treat out of the box, which was opened by a man, if thrown into a tube heavier of the two objects, and the other — on the contrary, easier. As heavy items, the experimenters used the grey and red cubes weighing about 10-15 grams, and as light — white and blue cubes and balls made of polystyrene weighing less than one gram.

Then the ravens three day shows like new, not familiar things — clay and polystyrene weights and fishing sinkers for the same mass hanging before on or off the fan: when the fan was turned on, more light thing swayed in the wind, and the heavier remained motionless. Meanwhile, the scientists painted or wrapped items in paper or film so that the crows could not understand what material they are made.