KIEV, January 9 — RIA Novosti. The Tomos of autocephaly of the “new Church” of Ukraine was signed by all the members of the Synod of the Patriarchate of Constantinople, saying on Wednesday the website of the Television news service (TSN) of the TV channel “1+1” with reference to his correspondent. 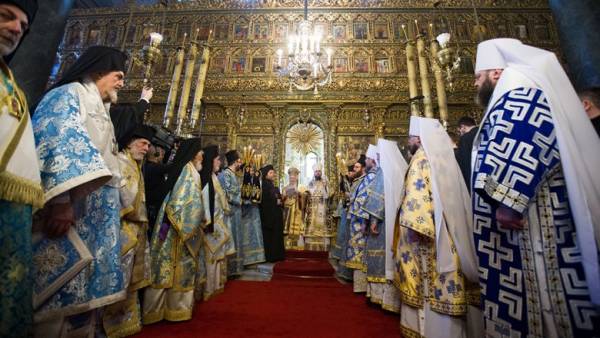 Press Secretary of the “new Church” of Ukraine Ivan Sidor said Tuesday that the Tomos of autocephaly was lucky to Istanbul for the signature of the bishops of the Patriarchate of Constantinople, who will gather for the Synod on January 9, immediately after that, the document will return to Kiev.

“The ninth of January in Istanbul the members of the Synod of the Ecumenical Patriarchate signed the Tomos of autocephaly of the Ukrainian Church,” — said in the message, also attached photos from the signing ceremony.

As noted, the document now finalized. Within a few days he will return to the territory of Ukraine.

Last Sunday, Ecumenical Patriarch Bartholomew gave Kyiv the Tomos of autocephaly of the “new Church.” As follows from the document, its jurisdiction is limited to territory of Ukraine, she can’t put the bishops or to establish a parish (parishes) abroad. There are other restrictions that make the new structure is dependent on Constantinople. In the ROC this “autocephaly” was called “dummy,” and the day of the signing of the Tomos — tragic in the history of the Ecumenical Orthodoxy.

“The new Church” was founded on the “unification Council” in Kiev in December with the merger of two non-canonical Church structures, previously existing in Ukraine. The head of the new “Autocephalous churches” became “Metropolitan” Epiphany Dumenko. The canonical Ukrainian Orthodox Church refused to participate in this event. ROC called the canonical meaning of “Assembly” in Kiev is negligible, and the possibility of recognition of Epiphanius other local churches is hardly feasible task.