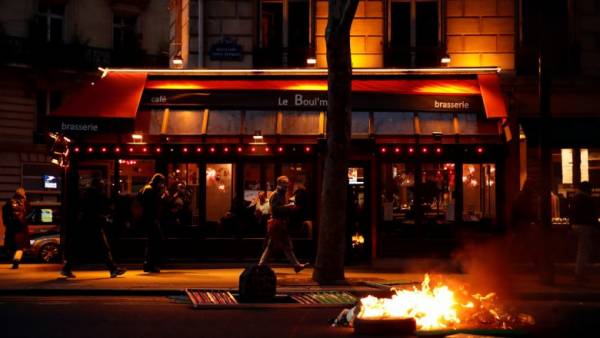 Consulting Agency MGIMO “Eurasian strategy” presented forecasts of key international trends for 2019. According to experts, we can expect a new geopolitical provocations, sanctions and the deterioration of the global economy. However, there is good news.

The forecast was attended by seven experts of the Agency “Eurasian strategy”, including its leader, candidate of political Sciences Andrei Sushentsov (also is program Director of the Valdai club and Director of the Laboratory of analysis in international processes, MGIMO). In the Preface to the survey said that today’s world politics is impossible to explain using one or more key confrontation of Russia with the West, with China, North and South, and so on. “As the guerrilla war with no front lines, the geopolitical rivalry splits into separate foci, spontaneous and sometimes just as suddenly fading,” say the authors.

“On the one hand, States are reluctant to admit that they live hours of peace. Everyone is expecting new international crises — States made up of the report.— On the other — the structure of expectations about these crises destroyed. No idea what could be the source of what nature and extent they will accept the consequences that will result. Irrelevant became and remains the scale of the risk assessment. Hence the constant danger of excess, disproportionate response to the crisis on the part of its members.”

Experts have identified ten trends in world politics in the coming year:

1. New provocations. A big war between major powers is impossible because of the threat of nuclear escalation, so the conflicting States cause each other damage with the help of provocations: “the media, spy, sports and sometimes just dirty, sometimes even with innocent victims.”

In 2019, the authors expect new provocations, especially in Syria and Ukraine. While the report concludes that Russia is a victim of the provocation, not the organizer, as some argue in the West.

Inevitable, according to experts “the Eurasian strategy”, and the new spy scandals exposing the “Russian agents” or “hand of Moscow”. Recall that in 2018, 15 countries have accused Russia of meddling in their internal Affairs.

2. New polycentric. The authors of the report noted that the military leadership of the United States in the world remains, but concluded that more and more States defy the leadership. In this regard, they expect “a build-up of arsenals of conventional arms by all who can afford it” and “boom in the construction of military bases abroad”.

“And to lead are not European, and Asian countries”, — experts predict.

3. New populism. Political populism will continue to shape national social and political agenda in old and young democracies, believe the authors of the report. The stability of this trend, in their view, predefined system reasons: “the Years of global economic growth was accompanied by deepening social and economic inequalities within countries, the elite has evolved into a secluded controlled “fed” the establishment of sustainable self-reproduction of which is the emasculation of the political and ideological content of its platform. However, ideological struggle is coming back.”

4. The new sanctions. According to experts, methods of strategic competition change, and the sanctions have become routine in international economic life, another formidable trade barrier.

“From foreign policy tool sanctions become in foreign trade. In 2019, the new nature of the sanctions will manifest itself clearly as the emergence of new trade wars”, — the document says.

The experts believe that Germany will not succumb to American pressure and “Nord stream-2” will be built and opened. “Its value for the stable supply Western Europe with gas so high and the alternatives so expensive (as LNG) or ephemeral (such as the modernization of the Ukrainian gas transportation system) that political prejudices are not taken into account”, — assured the authors of the report. For this reason, experts do not expect new EU sanctions against Russia if the situation in Ukraine will not become much worse.

5. New force. According to experts, geopolitical acceleration in the modern world is forcing key players to find a flexible but effective ways of projecting force, giving wide opportunities on dosing pressure. “Against the background of intensive ground operations of the past century and has not yet received universal dissemination of offensive cyber operations of the coming decades of particular importance acquire naval forces“, — the report says.

6. A new economic crisis. United States, according to Russian political scientists, are on the verge of a new crisis. “The economy is stable and in 2019, the decline should not be expected, however, gradually accumulate problems that are on the horizon three years will lead to serious consequences for the entire world,” they warn.

“Disaster mortgage market in 2007 led the U.S. government to strengthen regulation of the financial sector. But trump has weakened these controls, creating the preconditions for the repetition of old mistakes,” the report notes.

“Obama has done much to liberalize trade, but the tariff war with China and the EU, started by trump, has created a supply shortage and inflation broke up. Spasmodic attempts by the US to contain the development of Huawei and other Chinese leaders have deprived China of the incentive to abide by Western rules of the game. Beijing, protecting their achievements, they would resort to drastic steps, starting to close the market for U.S. and European competitors.”

7. New political crises. Russian experts state that there is a sharp political contradictions in a number of countries — the US and France, to Ukraine, Venezuela and Egypt. “The political fragility of these States can serve in the new year a source of international crisis,” said one.

In the case of the US the authors of the report do not rule out impeachment of the President: “a High anti-rating, loss of control of the House of representatives, numerous scandals, the outrage of the liberal community — Donald trump for two years has brought much new in the political life of the United States.

USA with their heightened cultural wars became the forerunner of the trend to reideologization domestic policy in the West.

The Democrats will not be myself if I don’t at least try to impeach the President in 2019. it Is time to look at the substantive Vice-President Michael Pence”. However, the report said that in the current circumstances, rely on the easing of the Russian-American contradictions — “whoever was in the White house.”

8. The new allies. “In a world full of uncertainties, legal guarantee obligations are valued less. The erosion of the multilateral unions continues. We believe that this will affect both NATO and Russian alliances, including the CSTO and the EAEC,” — warn the authors of the report. The CSTO, in their opinion, will experience difficulties because of the change of power in Armenia and the EEU — due to the special position of Belarus.

9. A new style of politics. According to experts, after four to five years hard style of political leadership inevitably his easing: “Population and the elite get tired to live in expectation of a new world war, while politicians theatrical show a confident readiness to go to the end. The next cycle will give us soft — at least in style — politicians.”