Retired General David Petraeus, former head of the CIA, called Russian President Vladimir Putin “the greatest gift of NATO since the cold war.” It is reported by RBC with reference to the broadcast of the conference Raisina Dialogue, held in India. 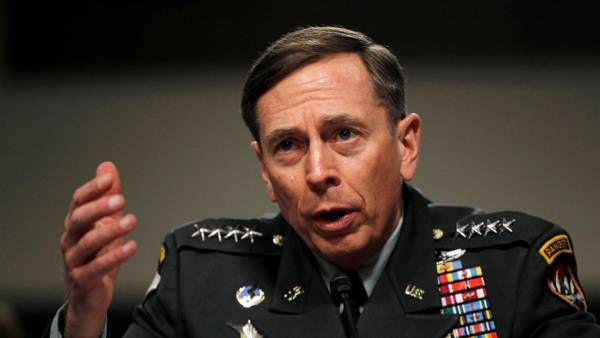 According to the publication, Petraeus said that the arrival of Putin to power was for the Alliance “new reason to live”, and the policy of the Russian leader helped the United States “largely to be the linchpin” for a number of countries.

Petraeus also noted that the United States is doing to NATO more than the other members of the military-political bloc — primarily in the field of financing. According to him, administration of the President of the United States Donald trump is working on the development of the Alliance: Petraeus mentioned the program of transfer of American troops in Europe and updated command structure that NATO has taken in the past year.

In November 2018, it became known that a number of countries-members of NATO have increased their military spending to two percent of GDP. This was announced by the Secretary General of the Alliance Jens Stoltenberg. In July of the same year, Donald trump demanded from the allies on the block to double defense spending, raising them to four percent.

A world without war: Putin’s Munich speech has offered the West a new security system

At boot time the error occurred.Help

Podrobnejsi on the elimination of intermediate дальности4 averagese NATO said it was “the last chance” of Russia on the implementation ДРСМД28 Dec 2018Конец race разоружений21 Dec 2018Песков: if the United States after the release of the INF Treaty will put a rocket in Russia will take them under the scope