Bloomberg: Democrats in the U.S. Senate blocked the adoption of new sanctions against Syria

TASS, 9 Jan. Democrats in the U.S. Senate blocked consideration of the bill on new sanctions against Syria. On Wednesday the Agency Bloomberg. 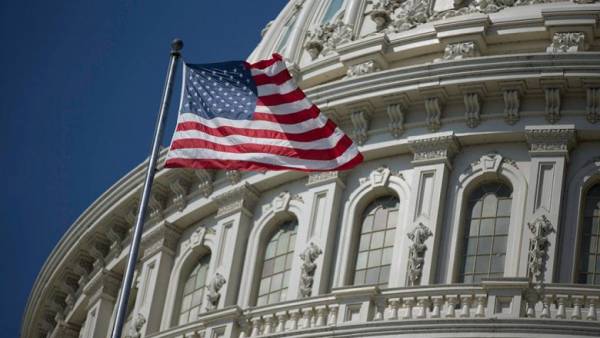 According to him, in a procedural vote just 56 senators voted for the bill with the necessary 60 votes, 46 voted against. It is noted that many Democrats have said they will not vote for consideration of documents not related to the overcoming of the so-called shutdown — partial suspension of Federal government due to the lack of budget funds.

As informs Bloomberg, the bill provided for the imposition of sanctions against the entities cooperating with the government of Syrian President Bashar al-Assad, in particular, in the field of supply of spare parts for planes and oil products trade.

“Shutdown” in the United States is available from 22 December. It happened due to the fact that the Republicans and Democrats in Congress failed to agree on the parameters of the state budget, in which trump and the Republicans in the ultimate order want to include funds for the construction of the wall on the border with Mexico. Democrats in turn say that will never approve the allocation of this money from the Federal Treasury.

Without funding now remained about a quarter of the government, particularly the state Department, the Ministry of Finance, Ministry of trade and Ministry of internal security. For the rest of the state institutions informed the Congress managed to approve the allocation of funds until the end of September 2019. At least until Thursday about 420 thousand of employees of state institutions will work without payment, though subsequently able to receive compensation. Another 380 thousand people were sent on unpaid leave.