Completed the investigation in relation to an alleged financier of the criminal community. 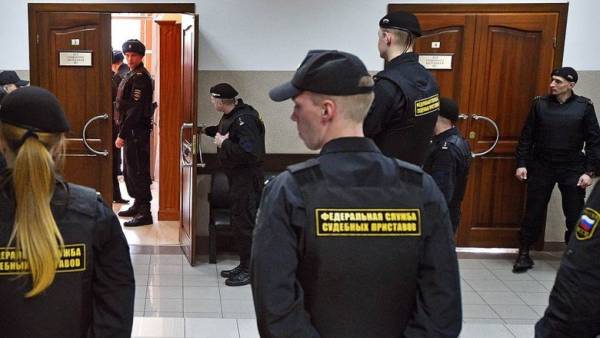 As it became known “Kommersant”, the investigative Department (SD) Ministry of internal Affairs of the Russian Federation has completed the investigation against the former Vice-President of Finance of Summa group Alexander Kabanov, who is part of the “big” criminal cases about the organized criminal community (OPS). The leaders of the community, the investigation considers brothers Ziyavudin and Magomed Magomedov. Mr Kabanov, a consequence of which calls a financier OPS, in addition to participation in a criminal community are incriminated three episodes of fraud with the means of the FGC. He pleads not guilty, claiming that in the “total” only fulfilled his duties.

The fact that SD MIA completed the investigation of the case of former Vice-President of “Amount,” and more recently financial Director ADG Group Alexander Kabanov, “Kommersant” confirmed the defence representatives. The accused and his lawyers have started acquaintance with materials of the investigation. According to “Kommersant”, the defendant is charged with three counts of fraud related to theft of funds from FGC UES (part 4 of. article 159 of the criminal code). In addition, he is charged with and participation in organised criminal community (item 210 of the criminal code).

The amount of damage on the case is about 800 million rubles.

As previously reported by “Kommersant”, Alexander Kabanov, since November 2008 served as Vice President of Finance and the economy of the investment company “the Sum the Capital” which, in turn, was a management company “the Sum”. Mr. Boar was responsible for conducting financial and economic policy organization of the budget process, the formation of financial and management reporting, etc.

Co-owner and Chairman of the Board of Directors of the company was Ziyavudin Magomedov, who along with his brother Mahomed a consequence now considers the organizers of the OPS.

Community members on the investigation, was involved in numerous episodes of very large theft (article 210, part 4 of article 159 part 4 of article 160 of the criminal code). According to the calculations of investigators, the damage from the activities of the OPS is not less than RUR 2.8 billion, While Mr. Kabanov the result gives the role of one of the main executors of the criminal plans of the community and in court the representative of the SD called him a financier of the OPS.

It should also be noted that the criminal case of embezzlement of funds in investigators opened on 13 June 2017. For a long time the investigation was conducted in respect of unidentified persons, and it was only about fraud. However, in February last year appeared in the case accused the former Vice-President of Summa, Alexander Kabanov, which the Tver court of Moscow sent to jail. Note that mister Kabanov became the first major former and current managers of the holding company, who was under arrest. We will remind that brothers Magomedov was taken into custody a month later.