Russia would have abnormal frosts

In the next two days in the regions of the Volga and Central Federal districts, the temperature will fall below normal. Seats are expected to be frost up to -27 degrees. On this January 7, reports TASS with reference to data of regional hydrometeorological centers and emergency Department. 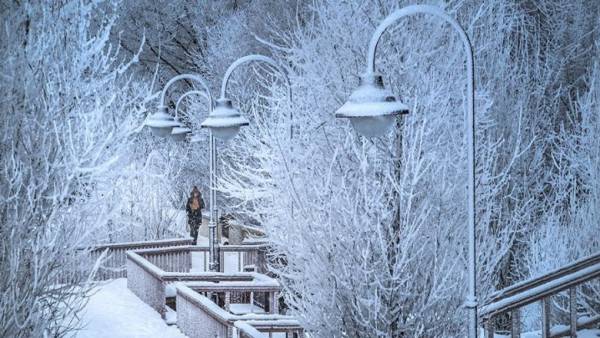 So, in the Samara region the temperature at night will drop to -21 degrees. In the Saratov region in places are expected frosts to -27 degrees. According to local emergency management, it is nine degrees below normal.

In the Orenburg region in the next few hours the temperature drop by ten degrees. A day in the region is expected to be -17 degrees at night to 22-23 degrees below zero.

In the Vladimir and Kostroma regions on the night of 8 January, weather forecasters predict from -24 to -26 degrees below zero, in the Orel and Ryazan region the thermometer will drop to -23 degrees.

January 7 in the centre “a Fobos” has told that in Moscow by mid-week are expected frosts down to -18 degrees and cloudy weather, with little snow.