NEW YORK, January 7. /TASS/ — According to David Whelan, his brother supposedly was a too noticeable figure, to cooperate with the intelligence services. 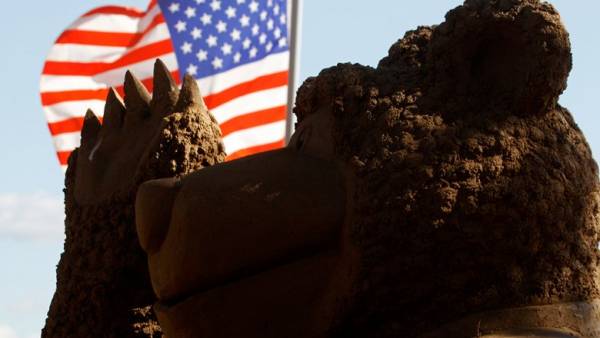 American Paul Whelan detained in Russia on suspicion of espionage could not cooperate with the investigation because it attracted too much attention, he believes his brother David. He said this on Sunday in an interview with the Associated Press.

According to David Whelan, his brother loves to travel and “to communicate with people in those countries, to come”, but supposedly was a too noticeable figure, to cooperate with the intelligence services. “He likes to travel and so it happened that in Russia he has a friend, when he arrives, he visits them”, — said the Agency interlocutor.

David Whelan also said he did not rule out a link between the detention of his brother and arrest in the United States Russian women’s Butinai.

“You begin to wonder whether all of this together. But, at the same time, all this can be random events,” he added. David Whelan also noted that he and members of his family do not have the ability currently to liaise with detainees.

Earlier, the FSB of Russia announced the arrest of 28 December in Moscow Whelan while conducting espionage action. The investigative Department of the FSB of Russia in relation to a criminal case under article 276 of the criminal code of Russian Federation (“Espionage”), providing punishment in the form of deprivation of liberty for a term from 10 to 20 years. At Whelan, a citizen of the United States, Canada and Ireland, as well as the citizenship of UK. On Wednesday, Whelan visited the detention center “Lefortovo” the us Ambassador to Russia John huntsman.

According to official data, the 48-year-old Whelan is head of security for a large us company BorgWarner, which is based in Michigan and has been manufacturing various auto parts, especially transmissions. Whelan has in the past served in the reserve Corps of the U.S. marine corps and has held administrative positions. In January 2008 he was sentenced by a military Tribunal “for several charges related to the theft,” and then dismissed from the Armed forces of the United States for “improper behavior” with a demotion in rank and file.