WASHINGTON, January 6. /TASS/ — Jim Breidenstein noted that the idea to invite the Director of Roscosmos, the United States was attempting “to maintain a strong working relationship that stayed away from geopolitics”. 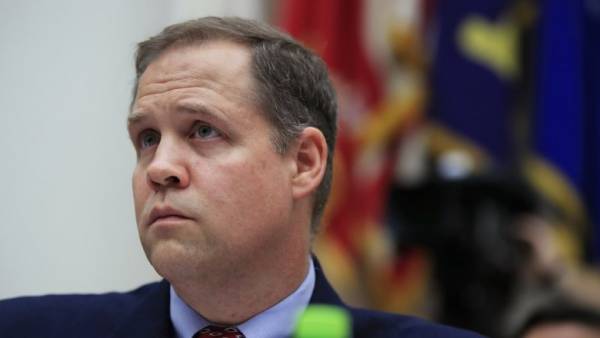 The Director of the National management of the USA on Aeronautics and space research (NASA) Jim Breidenstein decided to cancel the visit of the Director of Roscosmos, Dmitry Rogozin in the USA because of the position of us senators. The head of the US space Agency said in a report published on Saturday an interview with the Washington Post.

We have heard from many senators that it [the invitation of Rogozin to visit the U.S.] are not a good idea. And I sought to act in accordance with the interests of the senators, so I canceled the invitation.

According to The Washington Post, earlier we were talking about postponing the visit indefinitely, but then NASA decided to cancel it.

Breidenstein also stressed that the idea to invite the Director of Roscosmos, the United States was attempting “to maintain a strong working relationship that stayed away from geopolitics and even party differences within the US, and it was good for both countries”. He noted that it was “good for the world when countries who have disagreements on many other things, can operate in the space sector”. According to Bridenstine, he did not consult with the White house when he invited Rogozin to the United States, and was also not consulted and now when they canceled the invitation.

NASA on Friday released a statement in which he said that he had informed the Russian side about the fact that Rogozin’s visit to USA “should be postponed,” noting also that the new date of the visit has not yet been appointed. Roscosmos said on Saturday that waiting for an official explanation of NASA’s organization of a return visit of the Russian delegation in the United States. Also on 2 January, the press Secretary of NASA Megan powers reported that the authority continues with the preparation of Rogozin’s visit in the US, despite criticism in Washington.

Previously, a number of American officials and lawmakers spoke against the planned visit of the head of Roscosmos.

In October, the Director of NASA, Jim Breidenstein in an interview with TASS said that he would like to Rogozin during his visit to the United States made a speech at rice University (Houston, Texas). He also reported that the administration of President Donald trump has decided to temporarily withdraw the Director of the Russian space Agency from the American sanctions so that he could make a trip to USA at the invitation of NASA. Rogozin 2014 is under U.S. sanctions in connection with the situation around Ukraine.