Unknown persons blew up a railway bridge support near Donetsk 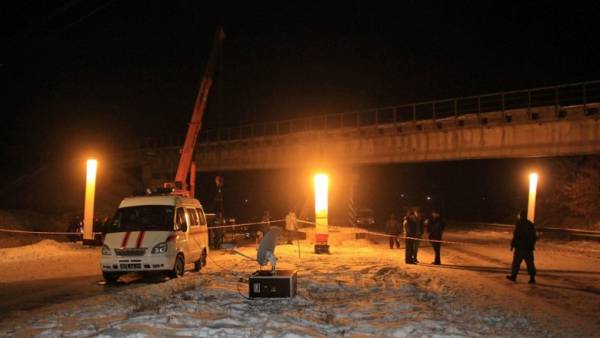 Unknown undermined a Central pillar of the railway bridge, which is located near Donetsk. On Wednesday reported the press service of the emergencies Ministry proclaimed Donetsk people’s Republic.

“In the proletarian district of Donetsk January 1, 2019 on the stretch Chumakove-Laryne unknown persons were made to undermine the Central concrete pillars of the railway bridge over the bypass highway Slavyansk — Donetsk — Mariupol”, — quotes the statement of the Ministry of emergency situations of the Donetsk news Agency.

It is specified that as of January 2, emergency work was completed.

29 December 2018 in anticipation of the beginning of new year and Christmas holidays in the Donbass entered into force a new ceasefire that was agreed on the eve of the Contact group on peaceful settlement of the situation in the Donbass.