Six people were killed in railway accidents in Denmark 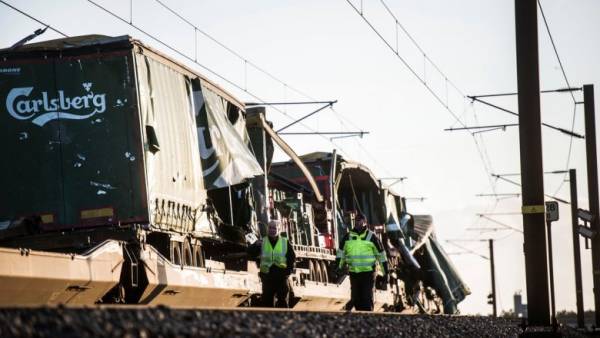 The incident occurred on the bridge of the Great belt crossing the homonymous Strait, which connects the Islands of Funen and Zealand.

According to local media reports, the accident occurred due to the fact that freight trains traveling the opposite direction, flipped a piece of canvas, which forced the driver of a passenger train to make sharp braking.

A passenger train followed in the direction of the capital of Denmark of Copenhagen, reports Sky News.

After the incident, the Great belt bridge was closed for both rail and vehicular traffic. The work of emergency services in place makes heavy storm, the channel reports.

The police arranged for the passengers of the affected train evacuation center in Nyborg on Funen. Train passengers asked to contact the family and inform them about your condition.