Ukraine will ask to close the Bosphorus for Russian ships

Ukraine will appeal to the international community with a request to close the black sea the Bosphorus to Russian warships in connection with the incident in the Kerch Strait. This was stated by commander of the Ukrainian Navy Igor Voronchenko. 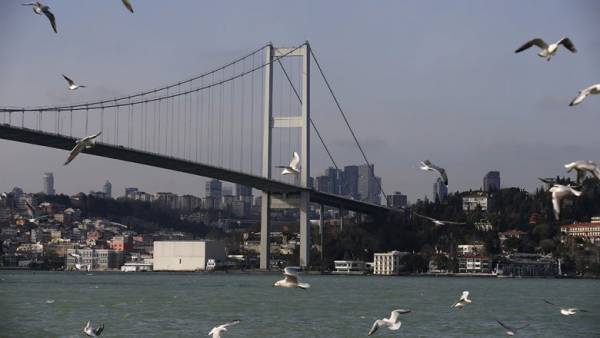 “I, as commander of the naval forces please and I am confident that the world community accepts the decision and admits he was carried out aggression against the state of Ukraine — UNIAN words Voronchenko. In this regard, the provisions of the Montreux Convention, namely, the 19th paragraph, we will try to request closure of the Bosphorus Strait in Turkey to the Russians knew how to violate international law”.

According to the Montreux Convention of 1936 on the status of the black sea Straits on the Straits of Bosporus and Dardanelles restored to the sovereignty of Turkey, but the merchant ships of all countries retain the freedom of passage through the Straits in peacetime and in wartime.

Black sea powers, which include Russia, may pass through the Straits in peacetime, warships of any class, subject to prior notification of the authorities of Turkey.News

Article 19 of the Convention denies the right of passage through the Straits of warships of “all the belligerent powers.”

November 25, the Russian border guards to forcibly detained in the Kerch Strait three Ukrainian warships (two armored “Berdyansk” and “Nikopol” and tug “Yana Capa”) and members of their crews — a total of 24 citizens of Ukraine. They were then arrested by the court. Three Ukrainian sailors were injured during the arrest.