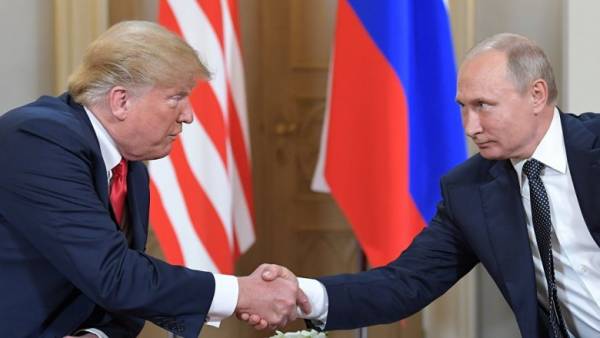 “All of this will take place on the sidelines of the summit (G20 — ed.), before the close of the summit, to the third working session, so the time frame will be tough enough. It will be December 1 at noon. Indeed, the first will be brief, as we expect, the communication between the two presidents, and then the Russian-American talks, which are about an hour can last,” said he.

According to Peskov, Moscow and Washington do not have to agree on everything, but it is important to engage in dialogue.

Putin: we have no intention to move away from the dollar, dollar go from us

“We need to think how to start talking on the topics of bilateral relations, on issues of strategic security and disarmament topics, in regional conflicts,” — said the spokesman.

As told RIA Novosti source in one of the delegations, Putin and trump will meet in the hotel Park Hyatt Buenos Aires.

The presidents will discuss bilateral issues, including how to make a relationship out of the impasse, to seek ways to improve them, said on the eve of the Putin’s assistant Yuri Ushakov.
In turn, the US presidential Advisor for national security John Bolton stated that on the agenda the issues of security, arms control and regional issues.

The previous full meeting of Putin and trump was held in July in Helsinki. On it, the presidents discussed the whole range of bilateral relations and international agenda, in some areas, agreements were reached.