The speech of Vladimir Putin at the forum “Russia calling” 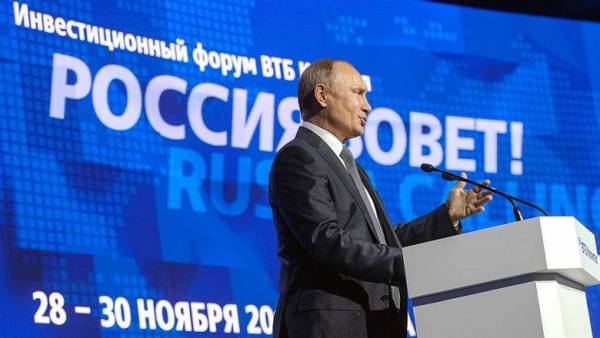 The impression that what they (the Ukrainian authorities.— “B”) neither do they get away with it. If they require today babies for Breakfast, they probably will be served and babies. And what, say they want to eat, there’s nothing you can do about it.