The ECHR found bans gay parades in Russia is illegal, but the money was not awarded. Why?

The European court of human rights (ECtHR) has considered the complaint of the leader of the Moscow LGBT community, Nikolay Alexeyev and other activists on the ban of the local authorities to hold gay pride parades. 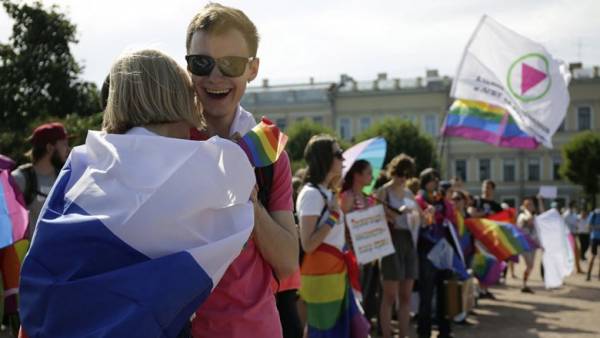 Eight years ago the ECtHR on a similar complaint ruled that Russia must pay 12 euros for moral damage and 17.5 thousand euros for the reimbursement of litigation costs.

However, this time the activists did not receive compensation, although the court acknowledged that their rights have been violated. Seven of the plaintiffs demanded from five to 500 thousand euros, and the payment of fines and transport costs.

Why this time the ECHR refused to award the money?

Alekseev and six against Russia

In the case considered by the ECHR in 2010, Nikolai Alekseev were the only plaintiff. Then the court recognized the illegal refusals of the Moscow authorities to hold a gay parade in 2006-2008.

At this time, as stated in the decision, the ECHR has received complaints from seven Complainants on the application of the 51st LGBT event from 2009 to 2014.

The complaints relate to denials that activists have received from local authorities to requests for LGBT marches. Urban and regional courts that have been contacted by the organizers, acknowledged the failure legitimate.

The judges of the court noted that the violations in both cases is the same, and the solution remains the same: the authorities have violated articles 11, 13 and 14 of the European Convention on human rights, which establishes freedom of Assembly and Association and the prohibition of discrimination.

“The complaint of the applicants is essentially the same as in the case “Alekseyev V. Russia”… a Ban by local authorities in the conduct of processions is not a social necessity in a democratic society,” reads the judgment.

Repeated refusals without the provision of alternative sites do not meet the legitimate objectives referred to by the government, the court decided.

Each of the claimants, including the Alekseev demanded from Russia from five to 500 thousand euros for moral damages.

Alekseev separately demanded payment of an administrative fine, imposed on him “for the promotion of homosexuality” and a little more than 30 thousand rubles, the cost of transportation and postage.

The judges of the court decided to deny compensation, while not eliminated the irregularities discovered in the first case.

Russia has not fulfilled the judgment in the case “Alekseyev V. Russia”, said the court, and took measures to respect the rights to freedom of Assembly and protection from discrimination.

Given the scale and frequency of the problem, the court decided that the defendant requires sustained and long-term efforts, and a lump sum compensation will not solve the problem. Discovering the violations — fair enough compensation for moral damages, the judge considered.

The Respondent government should provide the Committee of Ministers of the Council of Europe information on the execution of decisions of the ECtHR, said the court.

“The ruling of the ECHR requires not only compensation, but also General measures, — says lawyer Sergey Golubok. — There must be some changes in the law or practice to similar violations do not occur in the future”.