Peskov called martial law is an internal affair of Ukraine

MOSCOW, 27 Nov — RIA Novosti. The introduction of martial law in some areas of Ukraine is the internal affair of Kiev, said the press Secretary of the President Dmitry Peskov. 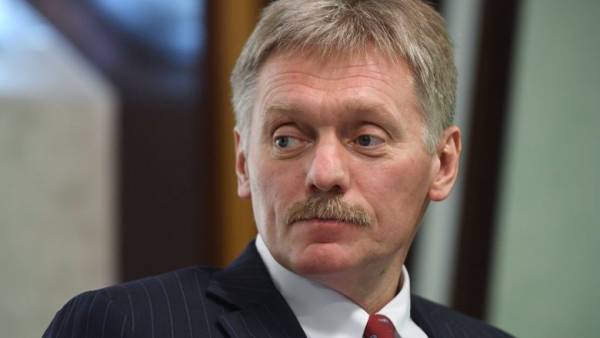 “But, of course, against the background of the electoral process, of course, such a step as the introduction of martial law, has a special and little camouflaged color,” he added.
According to Peskov, the decision could potentially lead to escalation of the situation in the Donbass.

He also noted that Vladimir Putin will soon announce its position regarding the situation with the violation of Ukrainian ships to the Russian border. As stressed by the press Secretary, underestimate the value and danger of such provocations would not be correct, for the President is a very serious matter.