KIEV, November 26. /TASS/ — martial law will be introduced in all border regions of Ukraine and in the waters of the Black and Azov seas. 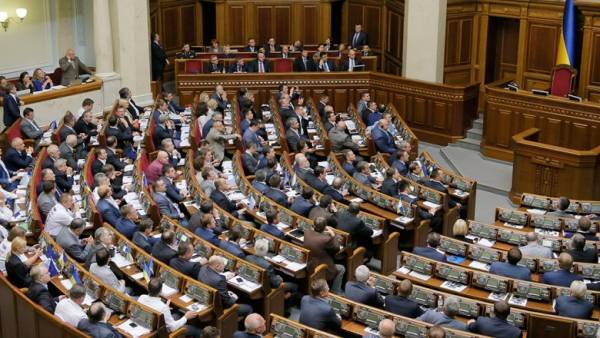 The Verkhovna Rada of Ukraine adopted the decree of the President of Petro Poroshenko on the introduction of martial law for a period of 30 days. It will take effect November 28. For a decision voted 276 deputies in the 226 necessary.

Before the vote became known that the President Petro Poroshenko introduced a draft law on the introduction of martial law, instead of what was proposed earlier on Monday. The document suggested that the validity of martial law will last 60 days. So he seized the starting date of the electoral campaign for the presidential election, which is due to begin on 31 December of the current year.

However, to proceed to the consideration of the Verkhovna Rada failed. After opening the evening session the deputies blocked the rostrum of the speaker, accusing Poroshenko of violating the procedure for the adoption of such laws and try to use martial law to cancel the next presidential election.

Against this background, Petro Poroshenko in the evening made an appeal to the nation, which suddenly adjusted as the date of introduction and validity period of martial law. So specified in a report prepared for the vote in Parliament, documents 60-day period was reduced to 30 days and date of entry of the decree postponed from 26 to 28 November.