MOSCOW, November 26. /TASS/ — the Agency has confirmed that the coordinators of the provocations were two employees of SBU, is located directly on the Ukrainian ships. 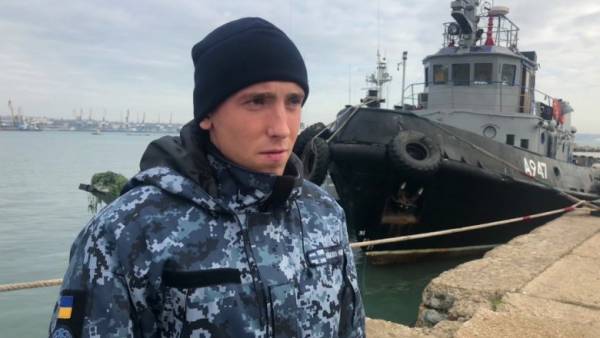 The FSB interrogated Ukrainian servicemen detained in the Kerch Strait. About TASS reported the public relations Center of the FSB, which has distributed a video questioning.

In particular, the interviewed officer of the 7th Department of the Main Directorate of military counterintelligence of SBU senior Lieutenant Andriy Drach (was on the boat “Nikopol”), gunnery signalman, sailor of the boat “Nikopol” Sergey Tsybizov, the commander of the division support vessels of the naval base South of the naval forces of Ukraine (military unit A-1728), captain of the 3rd rank Vladimir Lesovoy.

While marching to the Crimean bridge the ships of the Ukrainian Navy initially claimed that they did not plan a passage across the Kerch Strait, said the Agency.

The invasion of territorial waters

The FSB stressed that the Ukrainian warships intruded into the territorial waters of the Russian Federation, which was established even before the reunification of the Crimea with Russia.

Ignoring the warnings of the border guards

The FSB also noted that the border guard ships opened fire on the boat of naval forces of Ukraine “Berdyansk” after repeated warnings to stop and attempted to escape.