Tearful microcephalic with hooves. Where evolution will lead a person

MOSCOW, 24 Nov — RIA Novosti, Alfia Enikeeva. People will suffer from congenital blood disorders, but acquire resistance to malaria. The development of computer technology will greatly reduce the human brain, and men will disappear due to mutations in Y chromosome. These are the possible scenarios of human evolution in the next few million years. 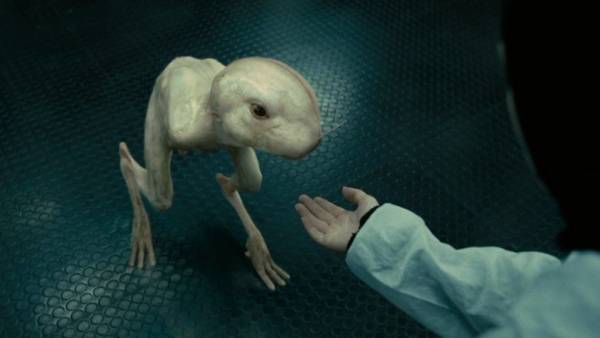 The RIA Novosti correspondent saw some dozens of studies and has identified five characteristics that are likely to appear in people in the future.

Evolution establishes useful signs and rejects unnecessary. A good illustration of the human foot. Of course, our feet are different from the limbs of apes, but still give us wood animals, although for millions of years have passed since then, as human ancestors have changed the way of life.

Since avarskikh Australopithecus (3.5 to 2.5 million years ago), which is almost terrestrial animals, to the modern man, our main point of support and movement became more compact. Toes constantly shortened — due to the middle phalanges. This is clearly seen on the little finger, the phalanx which many people absolutely formless and fused from birth.

“It is clear that the future of our foot in the disappearance of fingers. Land animals always come to the fact that the fingers becomes smaller. The record here, without a doubt, the horse. But man has the ability to beat her: the development of transport will allow you to do entirely without legs. But it will disappear the problem of varicose veins and fungus on the fingernails,” writes in the book “Got a link” associate Professor of the Department of anthropology of the biological faculty of Moscow state University Stanislav Drobyshevsky.

On hand will appear. sixth finger

“I was hiding a third ear from his mother, like teenagers hiding the tattoo”

But if the future evolution of the foot more or less clear — cutting and splicing of the fingers, the disappearance of the arch of the foot, the scenarios change the shape of the hands can be different and their implementation, among other things, will affect the further development of technology.

“Now our brush is incredibly primitive, it keeps the structure plan carbon “stegocephalia”. But this can’t go on forever. Gracielizzie already weakened our hand, but this is not the limit. Like any extreme element of the skeleton, especially the risk of the little finger. On the one hand, it is convenient to extreme poking buttons on the keyboard, but the new data entry technology now allow you to do without fingers. On the other hand, if the keyboard will continue its evolution, and the sixth finger does not hurt. Polydactyly occurs regularly by itself. Why not consolidate useful grounds — Palmisano”, — said the Drobyshevsky.