The space group is not enough “Resource” 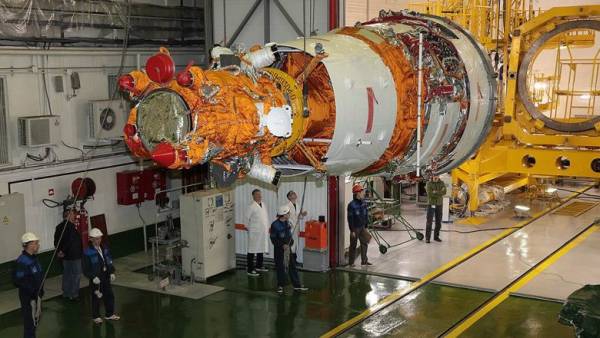 As it became known “Kommersant”, the Russian orbital group of civil lost two of the three satellites of Earth remote sensing (remote sensing) “Resurs-P”. Both devices did not work for the intended purpose of the prescribed five years due to the critical problems that emerged after their launch. The group was one unit, which operates outside of the warranty period. The next satellites of this type are planned to be manufactured only in 2019-2020.

They formed a space system for earth observation in the interests of civil structures — the state Corporation “Rosatom”, Ministry of environment, Ministry of agriculture, Rosrybolovstvo, Roshydromet, EMERCOM, and the Federal registration service.

Mounted on the main optical-electronic equipment “Geoton-L1” allowed “Resource” with the working orbit to conduct panchromatic imagery with a resolution of 0.7−1 m and multispectral — 2-3 m. According to a source “” close to the defense Ministry, the possibility of “Resource” No. 1 was used not only for civil but also for military purposes. For example, on a par with satellites optical-electronic reconnaissance “Person” he was involved in surveying in Syria.

Satellites “Resource-P” was created on the basis of the device “Resurs-DK”, which was launched in June 2006 and successfully worked in space for three times more than the warranty period, amounting to three years. Guaranteed by the manufacturer Samara space rocket centre (RCC) “Progress” — the resource of the satellites is five years. “At the first “Resurs-P” is already over the prescribed service life, but the phone, despite numerous problems with the systems, due to their redundancy continues to function for its intended purpose in the interests of the customers”, — told “Kommersant” a source in the space industry.

According to “Kommersant”, the second “Resource-P” out of service in 2016 and 2017 due to problems with the thermal control system and onboard computing system.

“If there is a malfunction we transfer the satellite to the research program chief designer. Experts eliminate the failure, and the apparatus returns to work for the intended purpose. With “Resurs-P” No. 2, this situation was repeated several times, until it finally withdrew from the group. Unfortunately, in total he worked for half term,” said an industry source “b”.

Kommersant’s source noted that the third “Resource-P” from February of 2017 is on the exploration program chief designer at the cause of failure of high-speed radio transmitters, which from the satellite to the Ground resets the target information.

“For the intended purpose the device is operated only five months instead of five years,” he admitted.

To receive the official comment of the Roman Catholic Church on the topic of weekend the “y” failed.

To rectify the situation with “Resources” will in the next two years, when it is supposed to launch satellites “Resource-P” № 4 and № 5. RCC “Progress” makes them the contract signed with “Roskosmos” in December 2014. Originally the machines planned to produce by November 2018 and November 2019 respectively. But in December of last year the deadlines were shifted “Roscosmos” one year to November 2019 and November 2020 respectively. The cost of production of one of the satellite “Resurs-P”, according to official estimates, more than 5 billion rubles.