NATO spokesman called for de-escalation in the Azov sea

The EU, in turn, recommended that all parties to maximum restraint. 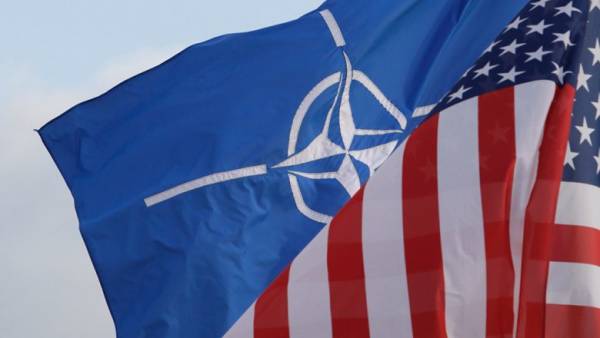 NATO spokesman Oana Lungescu said that the Alliance is closely following the developments around the sea of Azov and the Kerch Strait, is in contact with the Ukrainian authorities and calls for restraint and de-escalation, RIA Novosti reported.

“NATO fully supports the sovereignty and territorial integrity of Ukraine, including the rights of navigation in its territorial waters. We call upon Russia to ensure unhindered access of Ukrainian ports in Azov sea in accordance with international law”, — reads the statement of the Alliance.

In turn, the EU called on all parties to exercise maximum restraint in the sea of Azov, noting that “tensions dangerously increased” after the incident, which occurred on the morning of 25 November.

“We hope that Russia will restore freedom of passage through the Kerch Strait, urge everyone to exercise utmost restraint, to immediately reduce the escalation of the situation”, — is spoken in the statement of the European diplomatic service. It also reaffirms the position of the Supreme representative of EU on foreign policy about what Brussels expects from Moscow “the end of inspections” of vessels.

Earlier today, the press service of the Crimean border guard service said that three ships of naval forces of Ukraine illegally crossed the state border of the Russian Federation. The Kerch Strait was closed. Later it became known about detention of Ukrainian courts.