ROME, 26 Nov. /TASS/. Italian Director Bernardo Bertolucci died at the age of 77 years. About it reports on Monday of a news channel Rai News 24. 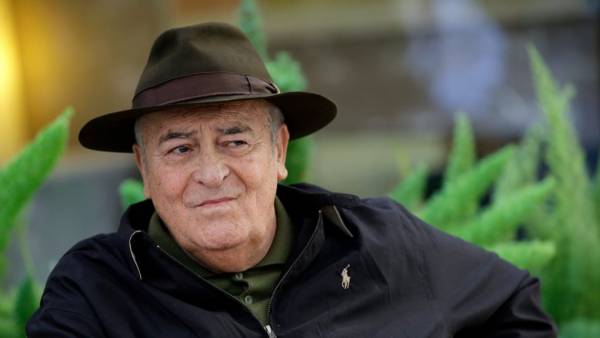 Bernardo Bertolucci was born on March 16, 1941 in Parma. His father, Attilio Bertolucci, was a poet, the younger brother of Giuseppe, who died a few years ago, filmmaker. Studied Bertolucci in Rome, where he met pier Paolo Pasolini (1922-1975), which influenced his creative development. After graduating from the University of Rome, where he studied literature and philosophy, Bertolucci has received recognition as a talented poet.

5 shock-scenes from the films of Bertolucci, who shocked the world movie

His debut movie is a picture of “the Conformist” (Il conformista, 1970), followed by the film “Last tango in Paris” (Ultimo tango a Parigi, 1972) with Marlon Brando in the title role. The world fame of the Director brought such films as “Little Buddha” (Piccolo Buddha 1993), the Last Emperor (L’ultimo imperatore, 1987), and epic film “twentieth century” (Novecento, 1976).

Bertolucci, winner of two Oscars, was awarded with the “Lion of St. Mark” and “Palme d’or” at the Cannes festival for contribution to cinema. His last full-length work was the film “me and you” (Io e te, 2012) based on the novel by Niccolo Ammaniti, which was presented at the Cannes film festival.

Recent years, Director, playwright and poet, moved in a wheelchair. This fact even became the basis for his short author sketches in 40 seconds to anniversary 70-th Venice film festival a few years ago. The wizard also headed the jury of the show. Until recently, he remained active and participated in various forums, gave master classes.