Apfelbaum said that is not checked financial reporting, “the Seventh Studio”

MOSCOW, 26 Nov — RIA Novosti. The former head of the Department of state support of art and folk art, Ministry of culture Sofia Apfelbaum did not audited the financial statements of Studio seven, only creative reports, the correspondent of RIA Novosti news from the court. 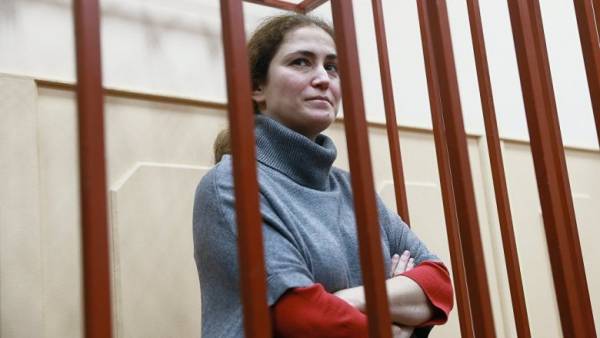 During interrogation in the Meshchansky court of Moscow Apfelbaum explained that the basic requirement for its employees was art education. “And in the Department of Finance are specialists, we have not tested them documents,” said Apfelbaum.

“Even if we collected primary documents, it is unlikely that any of the employees in my Department understand him, that something is wrong. Agreement was tested by the chamber, if they had questions we answered them, have always provided information,” said the defendant.

According to her, even after completion of the project “Platform” created for the performances continue to be put, and in the “Gogol-center” was playing on the purchased for a project piano.

According to investigators, the Director Kirill Serebrennikov, a former Director of the “Gogol-center” Alexei Malopolska and producer Yuri Itin kidnapped 133 of 214 million rubles allocated in 2011-2014 non-profit organization “the Seventh Studio” for the development and promotion of contemporary art in Russia in the framework of the project “Platform”. Malopolski is under house arrest, the remaining defendants under house arrest.

Also in the dock is the Director of Ramtha Sophia Apfelbaum, who previously held the position of head of the Department of state of the art and crafts of the Ministry of culture.

All the defendants, except former chief accountant Nina Massieu, the blame does not recognize. The case against Massieu in a separate trial. She entered into a pretrial agreement with the investigation and testified against former colleagues.