DAMASCUS, 25 Nov — RIA Novosti. The number of civilians injured in the shelling by terrorists near the Syrian city Aleppo with shells containing chlorine, has reached 65 people, according to Syrian newspaper al-Watan. 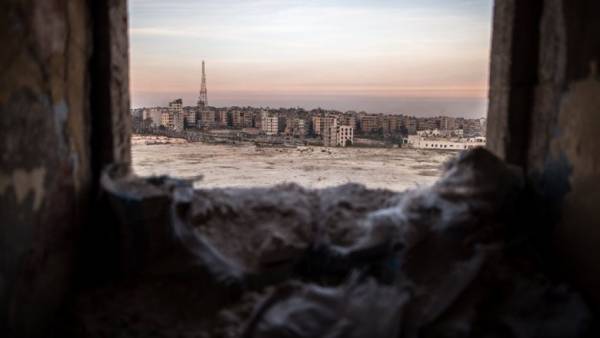 The militants of the terrorist groups on Saturday opened fire on residential areas of Aleppo, al-Khalid and al-Zahra, as well as the street Neal shells containing poison gas. Among the injured at least four children hospitalized suffer from asthma and are experiencing other symptoms typical of poisoning.

Sources in the hospital ar-Razi told the newspaper that by midnight local time (01.00 GMT Sunday) in the hospital received 21 injured, they were hospitalized in the intensive care unit. “In the University hospital there were 44 victims experiencing difficulty in breathing due to exposure to gases, allegedly toxic, from explosions of rockets fired by terrorists on residential areas of Aleppo,” the newspaper writes.

At the same time, the Lebanese channel al-Mayadeen, citing the correspondent reported about 100 victims of the attacks.

The militants entrenched in the suburbs of Aleppo, regularly shelled the outskirts and the city center with mortars and homemade rockets.

Earlier official representative of the defense Ministry major General Igor Konashenkov reported that the terrorists of the “Islamic party of Turkestan”* October 27, was transferred to Syria 20 chlorine barrels 10 liter for provocations.