Why solar storms are becoming more dangerous to mankind?

A powerful solar storm can knock out communications systems on Earth and cause tremendous economic damage, scientists warn. Why solar storms are so dangerous? 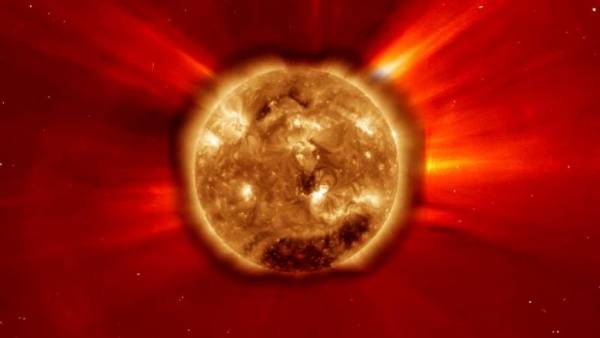 In 1972, more than sixty underwater mines planted by the us military, mysteriously by themselves detonated off the coast of Vietnam. For many years this event has remained a mystery for the military and scientists.

Open-earths only six light-years from Earth

The most likely explanation managed to find just now. The mines, most likely caused powerful flash in the Sun: meteorologists in the day several hours before the detonation of mines recorded this flash.

In our time, a similar solar storm is likely to lead to far more serious consequences: a powerful solar flare can cripple many important for the present population of the Earth system — from satellites to power grids.

The potential damage from an outbreak in Britain is estimated at 16 billion pounds (20.6 billion U.S. dollars).

There are several reasons why we’re so dependent on events that occur at a great distance from Earth.

Why the Sun flares occur?

The sun is a star that is “boiling” mass of electrified gas (mostly hydrogen). Within this complex system the magnetic field energy is transferred.

A solar flare is an explosive process of energy release in the solar atmosphere. And if flares can cause disruptions in radio communications on Earth, solar storms pose a much more serious danger.

During each solar storm is the release of energy, the capacity of which is 100 thousand times the capacity of the world’s nuclear Arsenal. The difference is that this energy is scattered over a huge area in space, not focused in one place.

The sun can be compared to rotating around its axis with fireworks, flares from which flying in all directions.

As the recovery of the magnetic field motion of charged particles of the solar light to the Earth will accelerate. When charged particles collide with the upper layer of the atmosphere, there will be excitation of the atoms and molecules of the gases composing the atmosphere. The radiation of the excited atoms in the visible range — this is the phenomenon known as the polar (Northern and southern) lights.

However, the distortion of Earth’s magnetic field may have other, more serious consequences.

This process led to the explosion of mines on the coast of Vietnam in 1972. American mines were equipped with magnetic detonators, which were to react to the change of the magnetic field at the approach of the submarine. However, the creators of the Ming did not realize that underwater mines can detonate reacting to a sharp change in the magnetic field of the Earth.

How to predict solar storms?

Scientists are trying to understand what leads to such powerful solar flares and how to predict these phenomena.