The Deputy of the state Duma, United Russia Vitaly Milonov ready to repeat the experiment a colleague, the Deputy of the Saratov regional Duma from the Communist party Nikolai Bondarenko, who tried to live on 3500 roubles a month. 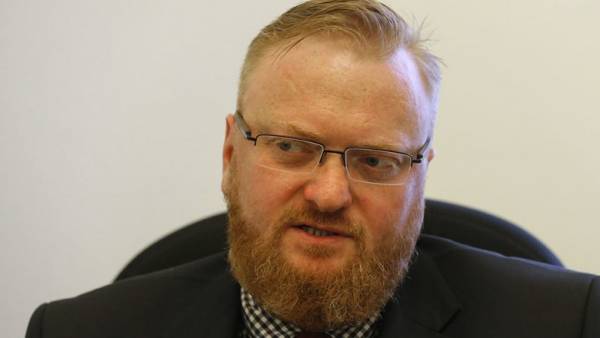 At the same time, Milon does not consider such a subsistence level is normal and doesn’t support officials who tried to convince the citizens.

“I think any person could live. Another question is, at what price and for what,” said Milon edition iReactor. He noted that, if we follow the logic of the economy, “and without money you can live”. “Unable to leave the forest and there are cones and bark, but that does not mean that it is normal,” — said the Deputy.

While Milonov is not afraid to repeat the experiment, Bondarenko, and even willing to live on 3,000 rubles, because it has the experience of survival in the 1990-ies. “In the nineties, I lived, I had a box of pasta for three days. I will live,” — said Milonov.

As REGNUM reported earlier, in October the Deputy of the Saratov regional Duma Nikolay Bondarenko argued with ex-Minister of labour, employment and migration of the region Natalia Sokolova, who claimed that on 3,5 thousand roubles a month, you can eat normally. Bondarenko tried to live on this money.

On 23 November it became known that the Deputy decided to stop the experiment because the meager diet the money can lead to big problems for human health. Bondarenko added that to live on such a sum is impossible, and he to exit on a normal diet will need the help of doctors.