Lavrov laugh hall compared policies of the West with adultery

The Russian foreign Minister Sergei Lavrov with irony reacted to the practice of Western countries accuse Moscow on various occasions through publications in the media and accused them of ignoring a direct dialogue with Russia. His statement Lavrov made at the conference “the Mediterranean: Roman dialogue,” RIA Novosti reported. 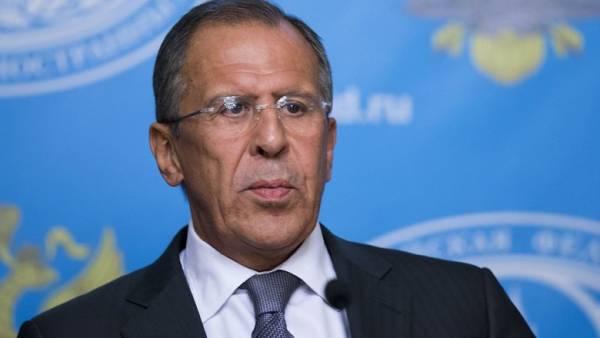 The Minister reminded about the charges of Finland and Norway in the Russian interference in the work of GPS during NATO exercise Trident Juncture. According to him, people are polite to complain in person and not through the media.

“If you have any problems or suspicions about your wife, you just ask her, not turning to the media,” Lavrov said. The audience reacted to Lavrov’s statement with laughter and applause.

Earlier, the Ministry of defense of Norway stated that Russia interfered in the work of satellite navigation systems (GPS) during NATO exercise Trident Juncture (“Uniform Trident”). Jamming GPS signal, which was used in the air traffic, were supposedly from the Kola Peninsula.

12 November, Prime Minister of Finland, Juha Sipilä said that such actions could be a “message” Moscow involved in the exercises parties. Press Secretary of the President of Russia Dmitry Peskov said on this occasion that Russia is often blamed for “all mortal sins”.